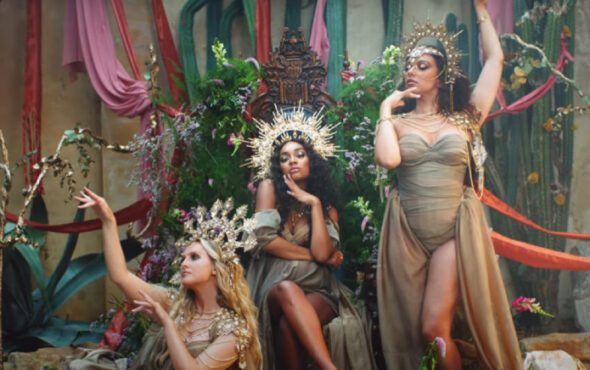 Little Mix have released the music video for Love (Sweet Love), the lead single from their upcoming greatest hits album.

After announcing Between Us, a compilation album of some of their biggest songs since their formation in 2011, the group released Love (Sweet Love) and its accompanying music video on 3 September.

The upcoming album will feature five brand new Little Mix songs that the trio has been working on over the last few months, with Love (Sweet Love) giving fans the first taste of what they can expect from the new music.

Written by Little Mix members Jade Thirlwall and Leigh-Anne Pinnock with MNEK, Lauren Aquilina and Sakima, Love (Sweet Love) is about love and passion and features vocal harmonies from the trio.

“We’ve loved being back in the studio this year working on new songs for the upcoming album and can’t wait for everyone to hear what we’ve cooked up,” Perrie Edwards said of the song’s creation.

The group has sold over 50 million records worldwide, collected over 19 million Spotify listeners, received over 3 billion YouTube views and collated 12 billion streams worldwide – making them one of the biggest groups ever. 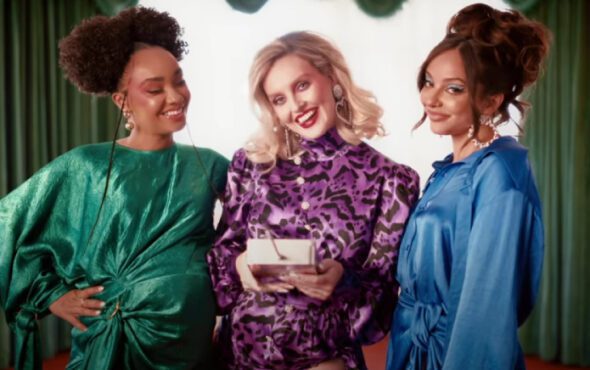 2021 has proved to be a record-breaking year so far for the band, with the trio becoming the first female group in history to win the BRIT Award for Best British Group.

Earlier this year, Sweet Melody became Little Mix’s fifth number one single and the group celebrated 100 weeks in the Official UK Singles Chart Top 10 – the most for a girl band in history.

“We are so excited for “Love (Sweet Love) to be the first single released from ‘Between Us’,” Leigh-Anne said. “We loved shooting the video for this song, it feels like a real moment and we can’t wait to share it.”

In 2022, the group will finally begin their Confetti Tour when they perform across the UK and Ireland.

You can watch the music video for Love (Sweet Love) below or by clicking here and Between Us is scheduled to be released on 12 November.