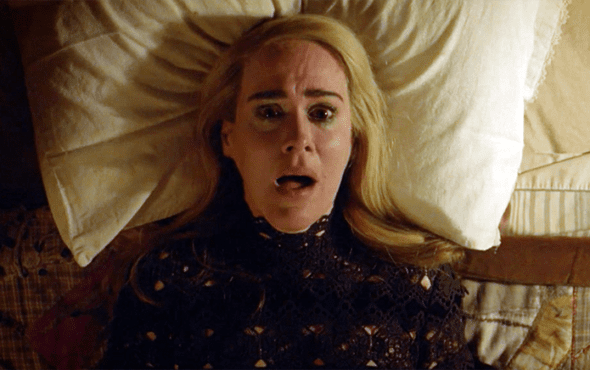 According to a report from Variety, an actor on the series has tested positive for COVID-19.

Under production protocol, the series was put in the Zone A category which resulted in the shutdown.

The suspension will reportedly last until the end of the week (25 July).

Back in March, series creator Ryan Murphy gave viewers a sneak peek into season 10 when he uploaded a mysterious black and white Instagram video.

Murphy continued to tease the direction of the forthcoming season with a photo of Leslue Grossman and Macaulay Culkin on a beach in Provincetown – one of the top vacation spots in the US for the gays – and another of the gnarly sharped toothed creatures as they stomp down a dark street.

But even with this slight delay, the AHS team has given fans plenty of content to consume during the long wait.

Earlier this month, American Horror Stories premiered on FX, which is a spin-off to the original flagship show.

The terrifying horror anthology series features a different myth slash legend from horror lore in each episode. Three episodes of the show have been released with the first bringing fans back to the beloved Murder House.

Murphy also claimed it “isn’t even half” of the line-up, so we’re hoping some more AHS alum will pop up in some capacity such as Adina Porter, Angela Bassett, Frances Conroy, Kathy Bates, Sarah Paulson and – we can dream, can’t we? – Jessica Lange.