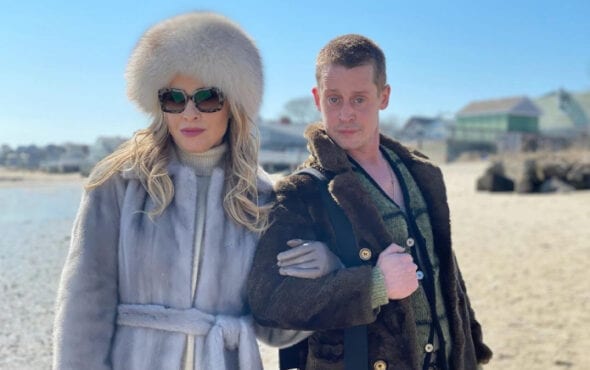 Ryan Murphy has teased the upcoming season of American Horror Story with a “wicked” photo of cast members Leslie Grossman and Macaulay Culkin.

The stars can be seen standing on a beach in Provincetown, Massachusetts, arm-in-arm with luxurious fur coats and winter gear – potentially teasing a romance of sorts between their characters.

“Something wicked this way comes. American Horror Story Season Ten,” Murphy captioned the photo. Again, very cryptic, but we expect nothing less from the man who kept Roanoke under wraps until its premiere.

Season 10 will be the fourth season for Grossman, who has appeared in every instalment since her debut in Cult. The star first collaborated with Murphy as Mary Cherry in his first ever television project, Popular.

This season will mark Culkin’s American Horror Story debut. In a recent interview with E! News, Murphy explained how he cast the Home Alone star.

Last year, Paulson – who recently earned another Golden Globe nomination for her work as the title character in Ratched – semi-confirmed the 10th season’s ever-elusive theme in a video interview with Harper’s Bazaar.

Murphy also teased the direction of the season with the official poster, which features a hand in a surgical glove operating on a mouth full of fangs with a tattoo gun. No date has been announced for the season so far, but it’s expected to premiere sometime this year.