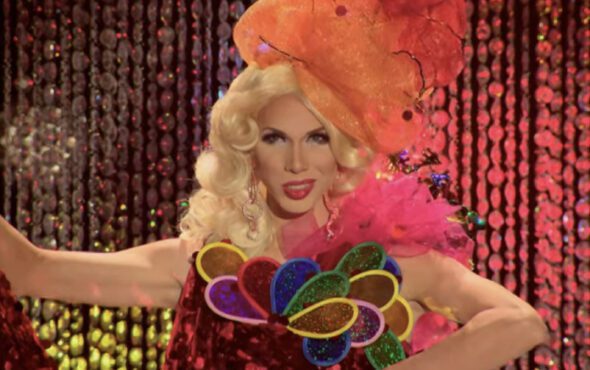 The drag performer is best known for their time on season five of RuPaul’s Drag Race, where they finished in eighth place.

The queen made history as one of the first to be open about their time as a sex worker, which they have defended throughout their career.

“You know, as far as that goes, I’m never going to regret anything I had to do,” Jade explained to Boy Culture in 2013. “I had to make life decisions when I was young, to get by, to get to where I am now. So I support everyone. You can come from somewhere like that and to be where I am now, so just don’t ever give up on yourself and don’t let anyone get you down.”

One of Jade’s most controversial roles has since resurfaced after first being reported on by The Sword in 2013, the year the queen appeared on Drag Race.

It has received fresh backlash due to reappearing online, which has prompted a response from Jade on Twitter.

“I am so thankful for all the love and support I’ve received today,” the drag entertainer wrote. “I am also thankful for the comments I’ve received holding me accountable for my previous actions. When I was in my younger youth, I was down on my luck financially and did adult film work to survive. During one of the shoots I was involved in, I was asked to portray a Nazi soldier in a scene.

“Against my better judgment and with an abusive partner pushing me to say yes, I chose to participate and I have felt shame and regret for that decision every day.

“My shame has also prevented me from speaking about my decision and making an apology. I realize now that avoiding this is only more damaging to the Jewish community and the people who have been hurt by this.”

Jade continued: “I take full accountability for my choices and understand that what I did was wrong, regardless of the circumstances. I do not support antisemitism, racism or bigotry in any way and I apologize sincerely to anyone who I have hurt.”

“I hope moving forward I can show you that I’m not someone who is above taking accountability for the things I may be ashamed of.”

Jade’s apology received a mixed response from their followers, with some citing previous unapologetic comments they had made about the scene.

Drag Race alum Gia Gunn responded directly to the tweet to show her support for Jade: “Never apologize for owning your truth,” Gia wrote. “We learn, we grow and we move on. I support you my sister and this was so nice of you to acknowledge!”

Crystal, who appeared on season one of Drag Race UK, responded to a fan who defended Jade’s role in the film.

“Aren’t you the person who dragged me for ‘accepting’ an apology that wasn’t mine to accept? How’s that feel now? Let’s ALL have a bit more compassion,” the drag star wrote.

The controversy around the Nazi-themed film was rejuvenated following the 34-year-old’s casting on The Boulet Brothers’ Dragula, which is set to start airing on 19 October.

In light of recent comments I’ve received. I feel like it’s important to share this message here as well: pic.twitter.com/1OANqYGngM