Crystal is the “gender-f**k” queen of Drag Race UK 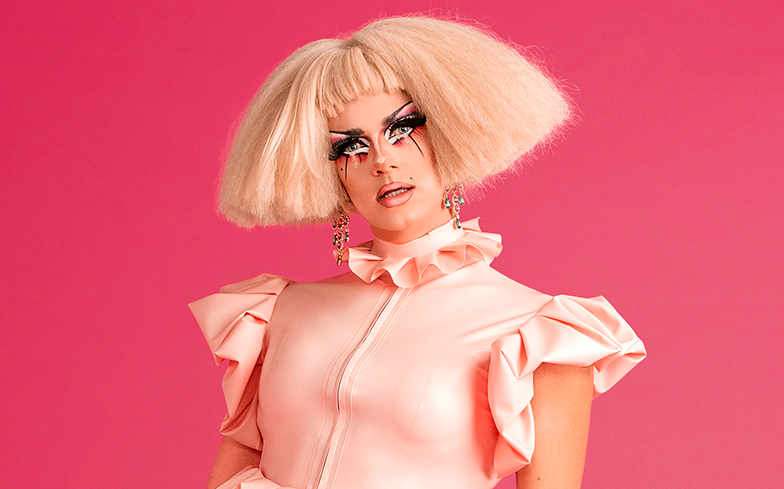 “I’m interested in fucking with the whole system and the binary.”

In our exclusive interview with the the Canadian born performer, she said she wants to showcase East London’s “rough around the edges vibe” by blurring the lines between masculinity and femininity, describing her style of drag as “gender-fuck”.

“I’m not really interested in passing as a woman when i’m in drag, I’m more interested in fucking with the whole system and the binary,” she told us. “That’s why I keep the chest hair, I think that kind of representation is fun.”

Crystal has been practicing drag for over ten years, and adopted her drag name after working for Swarovski; it stuck because it fits her aesthetic as “an 80s super-villain stripper or a villainess from an 80s soap opera”.

While Crystal wouldn’t categorise her drag into one specific box, she labelled herself as a “stunt queen” who loves to show audiences “something they’ve never seen before” (we are so ready for these lip-syncs).

She was inspired to audition for Drag Race because of the impact the series has had on the drag landscape (admitting it was a “no-brainer”) and because she has a desire for US audiences to see the “British sensibility of humour and camp”.

When we asked Crystal what we can expect from her on Drag Race UK, she teased: “Pure sex appeal with dabs of masculinity, over the top, extreme, kill a mammoth with your thighs kind of drag.” Severe? Up in here? Yas honey.

Of her fellow contestants, she added: “Some queens were definitely there to not just play the competition, but play the show.”