The Boulet Brothers’ Dragula has been renewed for a fourth season 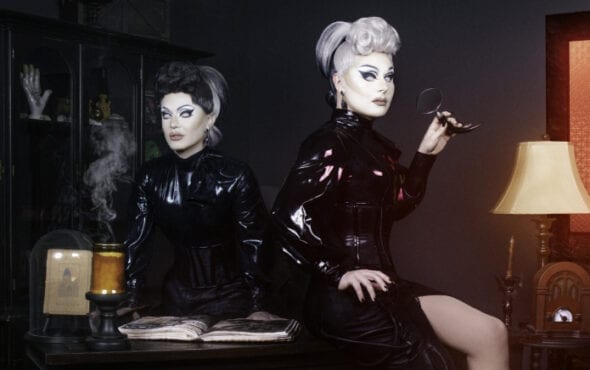 Shudder has ordered a fourth season of The Boulet Brothers’ Dragula.

It will exclusively premiere in all territories on the streaming service, AMC Networks’ premium streamer for horror, thriller and the supernatural, alongside the first three critically-acclaimed seasons.

For the first time, the Boulet Brothers will open the competition to drag artists from around the world, not just the United States.

The 10-episode fourth season will feature contestants competing in a variety of horror-themed challenges with the winner taking home a – wait for it – $100,000 grand prize, the largest in the show’s history.

News of the brand new season follows the highly successful launch for The Boulet Brothers’ Dragula: Resurrection, an innovate two-hour film slash documentary slash reality competition. It was one of Shudder’s most watched premieres of 2020.

“Joining forces with Shudder marks the beginning of an exciting new era for The Boulet Brothers’ Dragula, and Season 4 is lining up to be the most ambitious season to date,” said the Boulet Brothers.

“We will be featuring some of the most groundbreaking drag art in the world and with $100,000 on the line, the competition (and the challenges) are going to be deadly.”

Craig Engler, Shudder’s General Manager, said the streamer are “thrilled to be working with the incredibly talented Boulet Brothers on a new season that will be bigger, better and more outrageous than ever.”

He continued to praise the reality series for merging “underground drag and horror” and for “showcasing a diverse group of artists”. Landon also boasts the honour of being the first cisgender woman to compete on the series, as well as the first contestant on Dragula to make it to the finale without being up for – in the words of the show – “extermination”.

“I want to be a beacon of light to express that kings can reign just as supreme as queens,” Landon told us shortly after his historic win. “We’ve been in the shadows of big dick energy and now we can buy our big dicks so easily on Amazon.”

Executive in Charge is Nick Lazo and Samuel Zimmerman produces. The fourth season will be produced in association with OUTtv.

For more information about Shudder, visit their official website here.