Is sport ready for a new generation of out and proud queer athletes?

Homophobia in sports has regularly been acknowledged as an issue, so we explore how far the cultural conversation come.

The intersection of LGBTQ+ visibility and acceptance in the sporting community has often been debated. Homophobia in sport remains a serious issue across the UK. It’s one that manifests in prejudice against LGBTQ+ sports fans, athletes, and individuals. The industry’s slow take to address homophobia within sports has cultivated an unwelcoming environment for both LGBTQ+ sportspeople and fans. We’ve seen homophobic language derogatorily used in worldwide sporting events, offensive chants in games, and worrying data spotlighting how these attitudes feed into beliefs held by teammates. Researchers have found more than a quarter of male athletes reported being uncomfortable having a gay teammate. An even higher proportion revealed they would be uncomfortable with a trans teammate. These worrying figures highlight why LGBTQ+ visibility and education is vital in the sporting world, particularly as many do not understand how damaging these instances can be.

The reality of LGBTQ+ representation and the issue of homophobia in sport may look bleak, but we are entering a cultural tipping point. As a community, we have seen strides being taken to bridge the cultural gap between ignorance and inclusivity. In the 2020 Olympics and Paralympics, a record amount of LGBTQ+ athletes, nicknamed ‘Team LGBTQ+’, won an incredible number of medals. This included historic moments such as Quinn becoming the first transgender athlete to win an Olympic gold as Canada triumphed over world champions the United States in the football. Another big moment for LGBTQ+ representation was the inclusion of Laurel Hubbard; a New Zealand athlete who debuted as the first out transgender competitor. Similarly, as a new sport debuted, so did a young Olympian. Skateboarding made its first appearance in the Games as did 20-year-old Alana Smith. The non-binary skater represented Team USA and was pleased to be “authentically myself” during the competition.

Outside of the incredible Tokyo Games, huge breakthrough moments have also occurred across the sporting landscape. Carl Nassib made history as the first NFL (National Football League) gay player, while elsewhere Luke Prokok was the first NHL (National Hockey League) player to come out as gay. This visible support for the community has been a welcomed effort, even if some could argue it seems tokenistic. During the Euro 2020 games, both England football team captain Harry Kane and Germany’s Manuel Neuer chose to wear rainbow armbands in support of the LGBTQ+ community. The positive outcome stemmed from the 25-year-old German player opting to wear a rainbow armband, which was later investigated as to whether he would face disciplinary action.

However, it seems logic prevailed as the act was branded a “good cause” by UEFA. The presence of homophobia in football has been a tough conversation to carry and one that has not received half as much action as it deserves. While organisations Out On The Fields and Pride Sports continue to do the heavy lifting, we are grateful conversations are starting up again. Liberation doesn’t need to wait until Pride Month; instead LGBTQ+ equality and acceptance should be an all-year-round mission. So, GAY TIMES did a bit of investigating and asked some LGBTQ+ sports fans to weigh in on the topic to see what our grassroots communities think of our progress in the sporting world.

Ash Toussaint, 23, has enjoyed sports from a young age and believes the industry is becoming more LGBTQ+ friendly. “Football teams often seem to have a dedicated LGBTQ+ network who advocate for us and more specifically their LGBTQ+ fans,” she explains. “Homophobia is still very much in sport though; football homophobic chants do still occur, but it’s good to hear this is being challenged by fans, clubs and the football industry more generally which may not have been the case 15 years ago.”

While maintaining a positive outlook, Ash is mindful education is vital to ensure practical change comes from our current conversations. “I think like most things education is the key. Educating people on gay love, letting people see us and our trans family. Most homophobia comes from ignorance; we hear that at times some people change their view on homophobia when there’s someone close to them who comes out.” However, while education is at the forefront, Ash agrees that disrespectful behaviour to the community should also face greater consequences: “As a Black queer person, I think it’s important that tackling one form of discrimination doesn’t occur in isolation; the same punishment (lifetime bans) should be given out for racism or any other form of abuse.”

Education is the key. Educating people on gay love, letting people see us and our trans family.

Chandni Bhachu, 24, an avid wrestling fan, found the sport empowering to watch. “I love that the women’s division is full of powerful and strong women of colour. Bianca Belair and Sasha Banks are two of my favourites,” she explains. “They had a historic match at Wrestlemania this year as the first two Black women to compete for a championship at the event, and although I don’t personally know either of them, I felt such a sense of pride. It’s so uplifting to just see women killing it in sport.”

Outside of being a supporter of sports, Chandni is sceptical as to whether sports are becoming much more accepting of LGBTQ+ people but notes she has seen a gradual change. “I still feel a lot of homophobia and judgement,” she says. “But, I did notice that during the Euros earlier this year. I saw more queer people celebrating the wins openly, which even during the 2018 World Cup I hadn’t seen before.”

Aisha Akhtar, 20, grew up surrounded by sports, particularly football. As an avid sporting fan, she has been observant of how the industry is changing. “I feel like we are taking steps in the right direction, but a lot more needs to be done,” she outlines. “The story of Laurel Hubbard provoked lots of transphobia in the public. People sent transphobia disguised as ‘equality’ and not a lot was done about it by sports organisations.” When it comes to structural change, she speculates how far this change could be going: “We could possibly be entering a new queer era with more sportspeople coming out and embracing their sexuality whilst simultaneously being amazing role models. I also agree as there were many sports organisations that participated in Pride celebrations.”

LGBTQ+ sports groups and sportspeople exist across the UK, and Neighbourhood Skate Club is one of them. Founded and ran by Lyndsay McLaren, the collective encourages womxn and other marginalized groups – e.g. non-binary people and queer people – to feel good in spaces that may feel like they weren’t built for them. GAY TIMES asks Lyndsay more about her project and the mission behind Neighbourhood. “It’s all about using the power of skateboarding to bring people together and creating a sense of confidence and community within skate culture,” she explains. Lyndsay, who has been an active skater and educator, hopes Neighbourhood can be one of the few grassroots clubs bringing communities together to create an inclusive shame-free space that celebrates individuality. “It’s not about tricks, it’s about the sense of self that you find through skating. Even though I can’t speak on behalf of the LGBTQ+ community, as an Ally, I want to help do what I can to facilitate a space to bring everyone together.”

Shannon Conway, 23, is a QPOC skater who has participated in workshops hosted by Neighbourhood Skate Club. We asked Shannon how she felt about the current inclusivity seen in major sporting events. “The Olympic Games and Team LGBTQ+ is a good example of setting a precedent moving forward in the sports arena. This year it had the most openly LGBTQ+ athletes competing, probably making it the queerest games ever,” she tells GAY TIMES.  “We’ve come on inclusion in sports and society.  I feel very optimistic for change so I do think LGBTQ+ representation is finally on the rise as long as we continue to make sports a welcoming environment for all those who wish to play.” While pleased with how the cultural conversation is continuing to move, Shannon hopes for greater scrutiny on the side of clubs, organisations and governing sporting bodies, and understandably so. “Sports organisations and clubs should have a zero-tolerance policy that prohibits discrimination on the basis of sexual orientation and gender identity,” she emphasises.

Sports organisations and clubs should have a zero-tolerance policy that prohibits discrimination on the basis of sexual orientation and gender identity.

The interconnection of visibility and progress is not lost on our audience, but it prompts the question of how can we safely platform LGBTQ+ athletes when there’s little to no regulation or education preventing constant LGBTQ+ criticism, harassment, or chants. As Pride corner flags continue to break news, it’s no surprise many can feel the movement towards proactive change is languishing.

Paula Griffin, 56, identifies as trans and says football aided them through their identity journey and, later, her transition. She has been involved in a local non-league football club, Dulwich Hamlet, for 30 years. She believes sport is becoming less unwelcoming and hostile to the community but stresses the need for further change. “[The] football stadia are still places they would feel unwelcome unless with a larger group of friends and allies. I do hope for change particularly with greater visibility for LGBTQ+ supporter groups even at the top echelons of Premiership football,” she explains. “It is not just enough now just to wear rainbow armbands or laces even if the message they send is getting stronger by the day in the face of ever-increasing hate directed at the whole LGBTQ+ community.”

Ross Mondon, 21, remains optimistic about the recent change implemented across clubs and audiences. “I believe we have seen a progression within inclusivity and LGBTQ+ friendly, especially within this past Olympics,” he tells GAY TIMES. “It was the highest amount of LGBTQ+ sportspeople attending this year. We’ve also seen a progression within other sports such as rugby, though, as a sport, it is slightly still behind football.” While welcoming the progress, Ross hopes to see sporting bodies take greater responsibility in their roles as influential figures in the industry. He notes sporting group organisations such as Homophobia, Kick it Out, Stonewall tackles homophobia, but “higher organisations such as FA, UEFA and FIFA don’t do enough.” He explains: “While we are seeing a change, I would like to see higher organisations put their foot out and actually say: ‘We aren’t part of this culture, and we do want to make a change.'”

The sporting world seems to be putting its best foot forward, but for many, change is not coming soon enough. As long as LGBTQ+ athletes face backlash and queer audiences have to sit through hurtful anti-LGBTQ+ chants, there’s scope for change. That said, we’ve seen glimpses of what can be. From the BBC publicly backing trans athletes to Lenya Bloom becoming Sports Illustrated’s first trans cover star — these are small victories showing we are heading the right way. Next, we’d like to see rainbow laces traded in for meaningful conversation at the top table and hope for industry bodies to shake up the system. 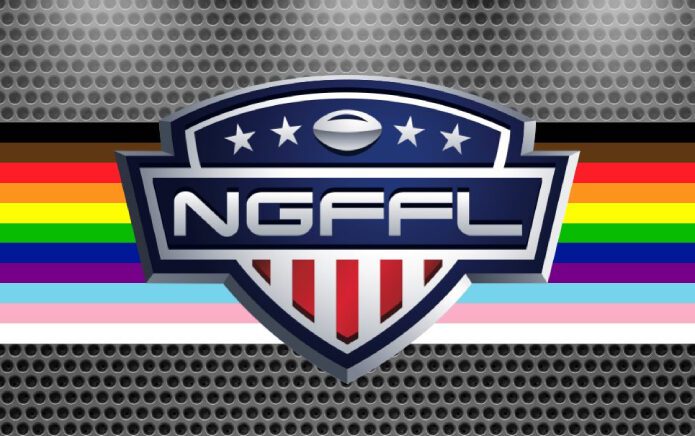 A new reality series following the teams of the National Gay Flag Football League (NGFFL) is headed to a TV near you. 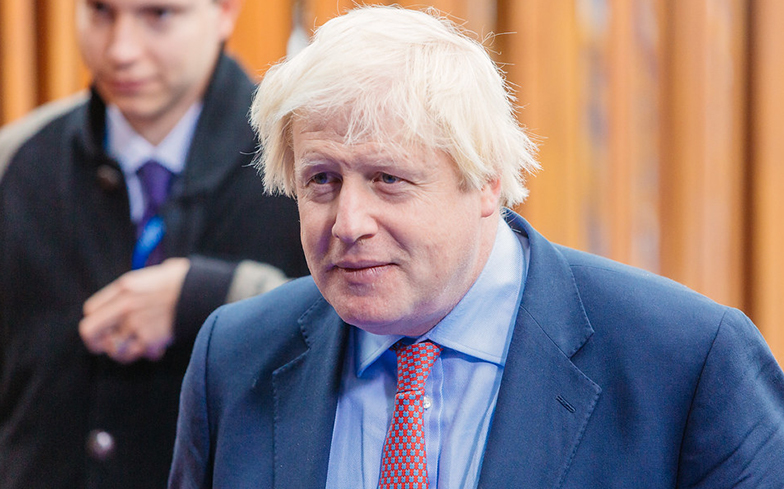 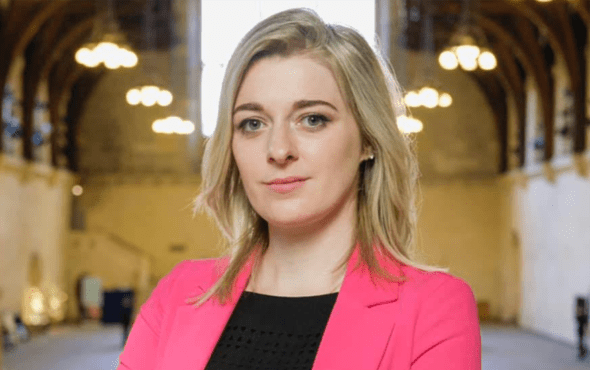