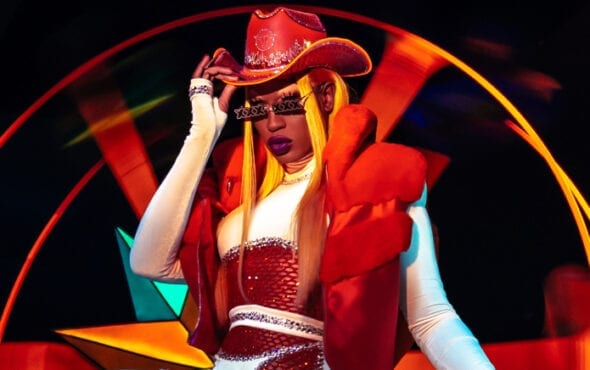 Will Shea Couleé return to the Drag Race franchise for that long-rumoured winners’ season?

Although she was only just inducted into the Hall of Fame after conquering the fifth season of All Stars, the legendary queen is eager to sashay into the werkroom for a third time to snatch the crown of all crowns.

For our brand new issue, in which we recognised Shea with the GAY TIMES Honour for Drag Hero, we asked if she would return within the next five years, if such a season was confirmed by RuPaul.

“Five whole years? Like, what if it was sooner?” she responded. “A winners’ season in five years, I feel like it would be on like, season four.

“But you know what, season four of Drag Race is always really good. So maybe, okay. Five years from now a winners’ season, let’s do it.”

After realising that five more years in the franchise would mean roughly 15-20 more winners, we retracted our earlier statement and asked if she would do it within two, to which she admitted: “Sure. I’ll do it in two years. Absolutely.”

Sadly, it seems to be a hard no from Trixie Mattel, who told us in our 2018 interview: “No. Never. I would never go back and do it. I’m not very competitive.”

Sasha Velour said: “I don’t know! I don’t know if they want me back, to be honest. They’re not beating down the door to ask me to return, I’ll tell you that.” Although the season nine winner “loves being on television,” she admitted to not being a “huge believer in the value of competition”.

The brand new issue of GAY TIMES is now available online and in stores – you can purchase a copy here.