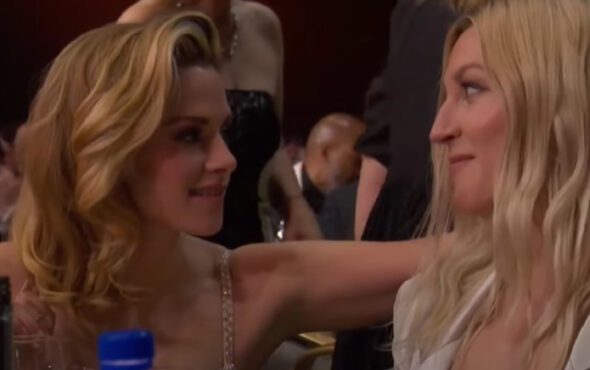 Kristen Stewart walked the red carpet alongside fiancée Dylan Meyer for the first time at the Critics Choice Awards.

The ceremony took place on 13 March in Los Angeles, California.

Stewart was nominated in the category of Best Actress for her role as Princess Diana in Spencer, though lost out to Jessica Chastain for her appearance in The Eyes of Tammy Faye as Tammy Faye Bakker.

Prior to the awards being handed out, she walked the red carpet with her soon-to-be wife for the first time.

The two have always kept details of their relationships fairly under wraps, with the exception of occasional Instagram posts and paparazzi shots.

The couple got engaged in November 2021 which the Panic Room star confirmed to Howard Stern on SiriusXM’s The Howard Stern Show.

The announcement arrived just a year after Stewart told Stern she couldn’t “fucking wait” to propose.

“I wanted to be proposed to … and she nailed it.” Kristen Stewart confirms her engagement to Dylan Meyer during her interview with @HowardStern.