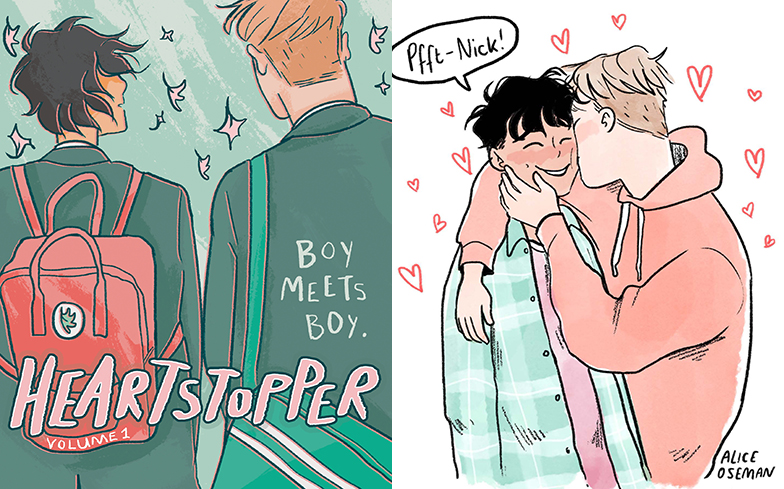 Fans of the Heartstopper graphic novel series have a new book from Alice Oseman to look forward to ahead of its Netflix adaptation.

The Heartstopper Yearbook will be full of content from the original series’ universe, including character profiles, trivia and insights into the author’s creative process.

The original graphic novels follow two teenage boys, Nick and Charlie, as they meet at a British grammar school, quickly become friends and fall in love.

Each volume navigates the ups and downs of first loves, friendships, coming out, and mental health, beautifully framed by a warm cast of supporting characters.

“I have always wanted to create a book like this for Heartstopper, and I’m so excited to be making it a reality,” Oseman said. “I can’t wait to share full-colour Heartstopper artwork, new and old, with readers for the first time in book form.”

The series has a forthcoming live-action Netflix adaptation starring Kit Connor (Rocketman, His Dark Materials) and newcomer Joe Locke as the beloved Nick and Charlie, produced by See-Saw Films – with a launch date soon to be announced.

Doctor Who and Sherlock’s Euros Lyn has been attached to direct the half-hour series.

Oseman said in a statement at the time: “Nick and Charlie have existed as characters for almost a decade, and are two of my most beloved characters, so I was slightly apprehensive about the casting search, but I am so happy and excited that we’ve cast Kit and Joe.

Lyn said he “can’t imagine a more perfect pair than Kit and Joe to play Nick and Charlie, and bring their joyous love story to life on screen.”

Originally a webcomic on Tumblr and Tapas, Heartstopper has amassed an enormous online fanbase with over 46.8 million views to date.

Heartstopper Volume 5, the much-anticipated final volume, will be published on 2 February 2023.

The Heartstopper Yearbook by Alice Oseman will be published in hardback on 13 October 2022.