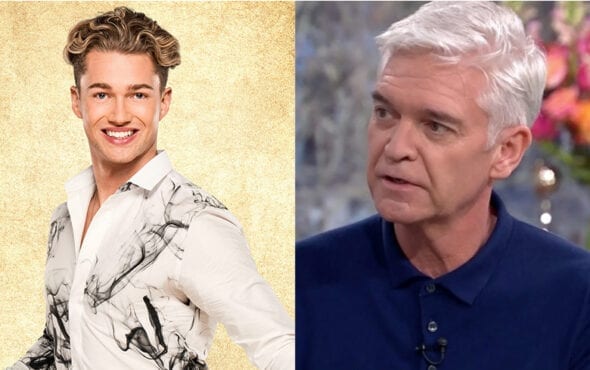 However, at one point rumours took a turn for the worse, as there were reports that the show was delaying introducing its first same-sex pairing due to uncertainty about how the upcoming series would be produced.

Now the rumour mill is pointing towards the show introducing both a female and a male same-sex pairing for the next series, and although Westlife star Mark Feehily has been tipped as one of the possibilities, apparently This Morning presenter Phillip Schofield, who came out as gay earlier this year, is “in talks” to take part.

The Daily Star reported that Schofield has been involved in “top-secret talks” and that if he danced with another man, it would be a “beautiful and important moment both for him and for the show.” Sadly, his spokesperson later denied that any talks had happened.

However, former Strictly Come Dancing professional AJ Pritchard, who announced his departure from the popular show earlier this year, has shared his hopes that the rumours are true and Schofield might be headed for the iconic dancefloor.

Speaking to The Sun, AJ said: “I think Phillip Schofield would be great on Strictly. He got up on This Morning once with Holly and did a bit of a boogie and he can dance, and he is entertaining, and he is such a nice guy.

“To see him learn and put him under a bit of pressure would always be funny, I’m sure. It would be great if he was part of the first same sex couple on Strictly – I would love to see that.”

AJ also spoke about same-sex pairings in the dance world, saying that some dancers like to keep it “traditional” with mixed-sex pairings. However, explaining his point of view, he said: “For me, dancing isn’t about the sex, it’s just about two people dancing and performing together and telling the story – it doesn’t matter if it’s two men or two women.

“It is just about dancing and telling the story – why would sex get in the way of that?”

If Phillip does sign for Strictly, he’ll be following in a long line of This Morning presenters to take part in the show, including Alison Hammond, Ruth Langsford and Dr. Ranj Singh. Let’s see if he manages to go further then them.

Strictly Come Dancing is expected to air its 18th series from October. The series will be shorter due to the ongoing coronavirus pandemic, and long-serving judge Bruno Tonioli will be mostly absent from the live Saturday shows as he is in America for Dancing with the Stars.