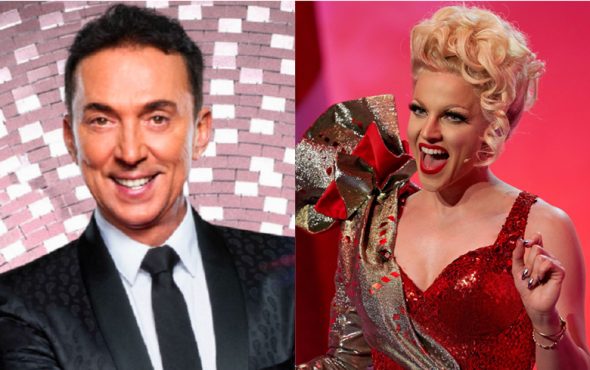 Could the Drag Race legend feature on the Strictly judging panel?

The BBC recently confirmed that a shorter version of Strictly Come Dancing would be heading to our screens later this year. However, one thing up in the air at the moment is whether Bruno Tonioli will be on the judging panel.

The judge is currently in Los Angeles, and usually jets between the UK and US to judge both Strictly and Dancing with the Stars. However, with travel restrictions currently in place, it could mean that Bruno is absent.

A couple of names have been floating around about who could take his place, including The Greatest Dancer judge Cheryl, but now Drag Race legend Courtney Act has volunteered to replace Bruno, and honestly, just give her the gig now.

And speaking to the Daily Express, Courtney confirmed that she would be happy to replace Bruno on the judging panel, should she be approached. She later tweeted: “Where do I sign? #strictly@BBCOne”

In a small interview, Courtney, who came runner-up in Australia’s version of Strictly, said: “I think that is more likely to happen [than signing up]. I was a guest judge on Dancing with the Stars this year and that was super fun so being a guest judge would be really great.”

Fans of Courtney were understandably vocal about backing the possible move, with one writing: “DO IT, DO IT, DO IT.”

Tagging Strictly, another fan wrote: “Such a perfect role for you!!! You did so well guest judging on dwts It’s an absolute must.”

And referencing Strictly’s resident mean judge, Craig Revel Horwood, another fan wrote: “OMG. This would be FAB- U- LOUS!!!!!! You’re perfect for the job!!!!!”

Although even if she doesn’t get a Strictly gig, UK and Ireland fans can expect to see Courtney soon as she recently announced a new tour for 2021, Fluid.