Carrie Bradshaw, Miranda Hobbes and Charlotte York are back in the super trailer for Sex and the City’s spinoff series, And Just Like That.

HBO Max dropped the highly anticipated trailer on 30 November, with the new series set to follow the women as they navigate friendship and dating in their 50s.

It comes 20 years after the original show first aired – and the show is moving with the times as Carrie’s column has transitioned to a podcast.

Narrating the trailer, Carrie (Sarah Jessica Parker) says: “The more I live, the more I find that if you have good friends in your corner, anything’s possible.

“The future is unwritten because we’re all at different stages of life.

“And just like that, over all the years, and all the changes, you are still you.”

The original trio can be seen attending lunches and a comedy show in the trailer, which teases a season full of drama, love and friendship.

There is also an appearance from Willie Garson, who tragically died in September before the release of the series.

Joining the cast for And Just Like That are Sara Ramirez, Karen Pittman, Nicole Ari Parker and Sarita Choudhury. 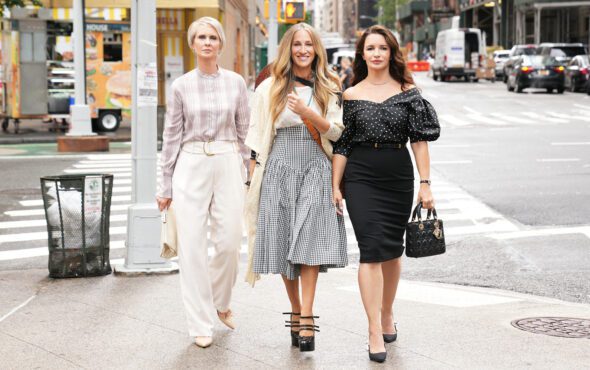 The latter’s character, Seema Patel, is seen being asked how many dating apps she is on by Carrie before answering: “I’m just waiting for someone to create a dating site which is called ‘Here’s the man you have been searching for Seema’.”

Despite the vast excitement among the fandom about the reboot, Kim Cattrall’s absence is hard to ignore.

According to a report in the Daily Mail, an inside source revealed that her character, Samantha Jones, will be living her best life in the UK.

“We couldn’t have Samantha roaming around New York City and not have the other women (Charlotte and Miranda) not interacting with her. It just wouldn’t have made sense,” the source told the publication.

“Sending her to Los Angeles wasn’t an option as we’d done that in the first movie, so having her character based in London really was the perfect way to keep her alive and explain her absence.

“Viewers will learn that she is thriving in England even though she has fallen out with Carrie.”

And Just Like That will premiere on 9 December on Sky Comedy and NOW in the UK.