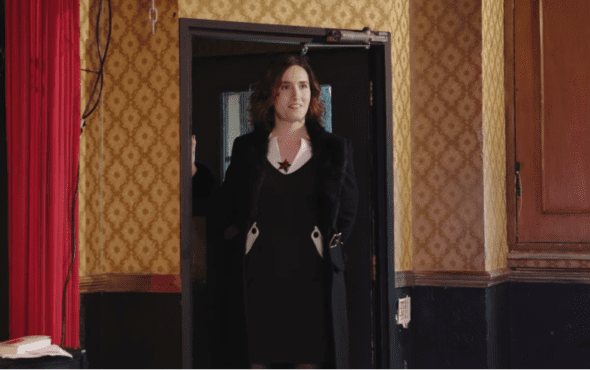 Abigail Thorn, the woman behind the highly popular Philosophy Tube YouTube channel, has come out as a trans woman. Philosophy Tube is known for exploring philosophical issues, and was set up in 2012 after student tuition fees were increased.

In her coming out announcement, Abigail also delivered a powerful message about some of the difficulties that trans people face in the United Kingdom, in both a Twitter posting and a YouTube video.

In the statement, Abigail explained that she now uses she/her pronouns, and thanks the people in her life while she prepared to come out.

“It’s so lovely to finally relax, to sleep well with sweet dreams and be at home in myself!” she wrote. “But I’m also scared. Things are very, very bad for trans people in the UK and they’re getting worse.”

She added: “My existing following means I have now instantly become one of the most recognisable trans people in the country and I feel an enormous pressure to be ‘good at it’, like if I could only be clever enough, or pretty or funny or articulate enough, things would magically come right!

“Alas, I can’t be a perfect paragon of trans Britain, I’m just an actress, but I can relay the following facts.”

She explained: “Trans people have existed for as long as there has been a Britain (longer!) but even after a century of feminism the government still dictates what we may do with our own bodies.”

Abigail continued, pointing out how there had never been an elected trans person in any of the parliaments across the United Kingdom, none of the major political parties have equal rights for trans people as a policy goal and how trans people face discrimination in getting medical treatments that cis people are able to easily access.

Abigail then went on to address the transphobia that runs rampantly through the British media, saying: “Overworked journalists often don’t know much about our lives, so antifeminists and religious extremists feed them pseudoscience and fear mongering.

“Antisemitic conspiracy theories about a mythical ‘trans lobby’ controlling universities or government are printed without criticism alongside calls to have us ‘cured’ with conversion therapy, which, shockingly, is still legal.”

She added: “Like Suffragettes and and black civil rights movements before us we are told to watch our tone lest the people denying us the means to live get hurt feelings.” Abigail finished her coming out announcement with a call for action, saying: “Today I’d like to add my voice to the many demanding new legislation for trans equal rights: an informed consent system of medical transition and self-ID system of legal transition for all desire it, including nonbinary people.”

She also addressed common transphobic arguments about ‘valid concerns’ by saying how there wasn’t a so-called legitimate “debate” about denying other members of the LGBTQ+ community equal rights, or how flat earthers aren’t “silenced or cancelled” when people actually listen to the experts.

She finished by saying: “These are scary times, but ‘courage calls to courage everywhere and its voice cannot be denied.’ Even when other people make it hard, being trans is a gift.

“My love goes out to every trans person reading my words in Britain or overseas, especially those who can’t come out – yet!”

You can read Abby’s full coming out statement in the Twitter post near the top of the article, or the YouTube video that is linked to at the beginning of the article.

Related: Nats Getty comes out as trans and non-binary in emotional post