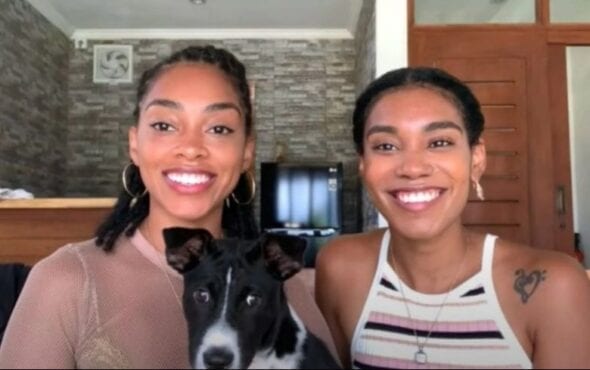 Indonesian authorities accused Kristen Antoinette Gray and her girlfriend, Saundra Alexander, of “spreading information that could unsettle the public.”

Travel and LGBTQ+ influencer Kristen Antoinette Gray and her girlfriend, Saundra Alexander, have been deported from Bali by Indonesian authorities after promoting the island as a tourist destination for the LGBTQ+ community.

Kristen was accused by Indonesian authorities of breaking immigration restrictions after she posted about living on the island in a now-deleted Twitter thread.

In the thread, she spoke about the low cost of living in Bali, saying she was “paying US$1,300 for my LA studio. Now I have a treehouse for US$400” and promoted her and Saundra’s e-book, Our Bali Life Is Yours, which is said to have contained links to visa agents and tips on how tourists could enter.

People reacted negatively to the thread, saying that Kristen was encouraging travel during a pandemic and that she showed a lack of cultural awareness after calling the island “queer friendly” and for highlighting the low costs of living when some locals are struggling.

Queer singer Kai Mata wrote “If Bali is queer friendly, then why am I told daily I am diseased and need conversion therapy to be cured?” in response to the thread.

Another queer Indonesian added: “im sorry, but as a young Indonesian queer woman i was fucking livid at her audacity for plugging her tips and tricks on how to cheat the visa system to live an ‘elevated’ life in Bali while I am here stuck in the closet in fear of persecution and struggling to make ends meet.”

Banned and blocked: LGBTQ+ websites censored from Russia to Indonesia

In a news conference on Tuesday (19 January), Jamaruli Manihuruk, chief of the Bali regional office for the ministry of law and human rights, said that the influencer had broken a number of immigration rules and that she was suspected of carrying out “business activities.”

His main issues with Kristen’s thread came from promoting the island as a destination during a pandemic, and saying it was queer friendly. “She stated that she could provide easy access to Bali through the recommended agency and offered the low living costs in Bali, that is comfortable and LGBTQ+ friendly,” he told the conference.

He also said that Kristen had “disseminated information disturbing to the public.”

Kristen and Saundra were deported from the country yesterday (21 January), and in a statement, she said she hadn’t broken any rules. “I am not guilty,” she said. “I have not overstayed my visa. I am not making money in Indonesian rupiah. I put out a statement about LGBT and I am deported because I am LGBT.”

Bali is a part of Indonesia, where homosexuality is illegal in some parts of the country. Last year, in a crackdown on Bali, Indonesian authorities targeted villas that were apparently “catering” to the LGBTQ+ community.

I Made Badra, the head of Badung’s cultural agency, a regency in Bali, said the existence of such villas would “taint” the tourism image that the island has.