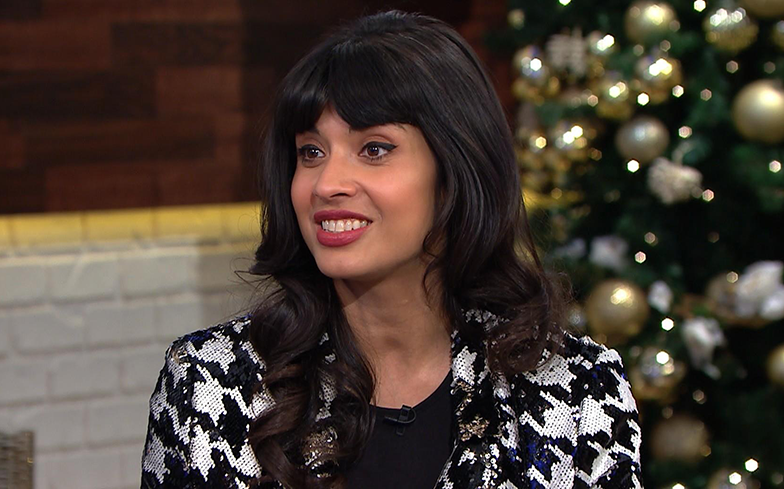 The actress and activist came out as queer earlier this year.

Earlier this year, Jameela Jamil came out as queer, after she received criticism when she was cast as a judge on Legendary, a new voguing show coming to HBO.

There was a backlash on Twitter because of her perceived lack of connection to the LGBTQ community and the voguing art-form. This prompted Jameela to admit she was a member of the community, just not openly.

In a statement, she wrote: “I added a rainbow to my name when I felt ready a few years ago, as it’s not easy within the South Asian community to be accepted, and I always answered honestly if ever straight-up asked about it on Twitter.

“But I kept it low because I was scared of the pain of being accused of performative bandwagon jumping, over something that caused me a lot of confusion, fear and turmoil when I was a kid. I didn’t come from a family with *anyone* openly out.”

She added: “I know that my being queer doesn’t qualifty me as ballroom. But I have privilege and power and a large following to bring to this show (as does the absolutely iconic Megan Thee Stallion) and its beautiful contestants and hosts.”

Now, in a new interview with The Sunday Times, Jameela has further clarified her sexuality, saying: “People are still kind of stuck in the linear and don’t understand the spectrum of sexuality.

“I guess I’m bisexual, but also quite fancy everyone. I don’t know if that means that I’m pansexual. But I don’t just fancy cis straight men; I fancy everyone.”

Not long after coming out as queer, Jameela said she’d chosen the “most inappropriate and unfortunate time” to do so and tried to make fans feel better by saying they never have to feel embarrassed about their own journey because she has “PEAKED FOR ALL OF US!”

“It was completely overwhelming,” she wrote. “The sequence of events was insane, a misunderstanding was left uncorrected for too long, and misinformation spread too far, too fast, then my timing was bad, and in a moment of distress and pain, personal things were blurted out because when you have a secret for decades and you’re traumatized, it always feels like it might just fucking burst out of you at any given moment, even the most inappropriate and unfortunate ones.”