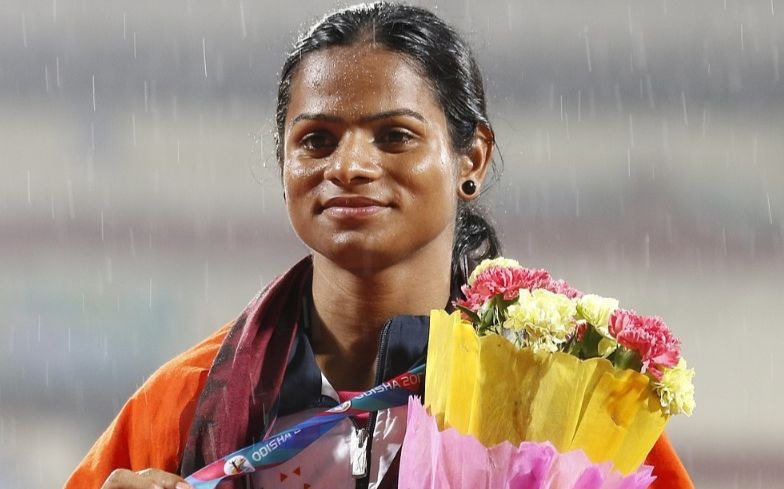 Athletics Federation of India via Wikimedia

Indian sprinter Dutee Chand has become the country’s first openly LGBTQ athlete as she told The Indian Express that she was in a relationship with a woman. Although Chand didn’t reveal her girlfriend’s identity, to avoid her getting “undue attention” she did call her her “soulmate.”

She said: “I believe everyone should have the freedom to be with whoever they decide they want to be with. I have always supported the rights of those who want to be in a same-sex relationship. It is an individual person’s choice.

“Currently, my focus is on the World Championships and the Olympic Games but in the future I would like to settle down with her.”

Chand said that she had gotten the courage to come out following the Indian Supreme Court’s landmark decision to remove laws that criminalised being LGBTQ.

“I have always believed that everyone should have the freedom to love,” she said. “There is no greater emotion than love and it should not be denied.

“The Supreme Court of India has also struck down the old law. I believe nobody has the right to judge me as an athlete because of my decision to be with who I want. It is a personal decision, which should be respected.

“I will continue to strive to win medals for India at international meets.”

However, the sprinter hasn’t received support from her family. She alleged to the Times of India that her sister had blackmailed her over the relationship.

“As I have been in [a] relationship with a girl in our village the past three years, my eldest sister was continuously threatening to go public about my relationship when I failed to give her money on demand,” Dutee said.