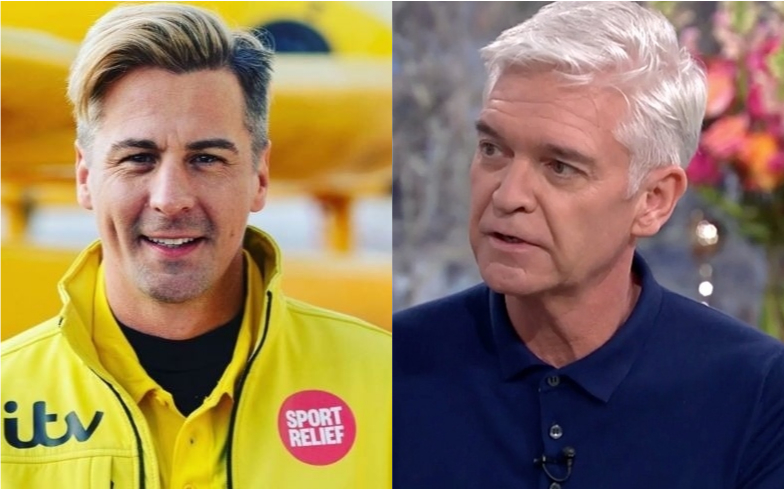 Philip Schofield made headlines when he came out as gay last month.

Last month, This Morning presenter Philip Schofield came out as gay to a wave of support. “With the strength and support of my wife and my daughters, I have been coming to terms with the fact that I am gay,” he said.

“This is something that has caused many heart-breaking conversations at home. My family have held me so close: they have tried to cheer me up, to smother me with kindness and love, despite their own confusion.”

Speaking to The Daily Mirror at the Prince of Egypt opening night, Dancing on Ice pro Matt Evers said: “It has to not be a thing to come out.

Like Philip, Matt had also been married to a woman before coming to terms with his sexuality, and he explained: “I didn’t realise I was gay until my mid-20s. Everyone goes through their own process.”

Matt meanwhile recently made history, when he was paired with Steps singer Ian ‘H’ Watkins on Dancing on Ice, beating rival show Strictly Come Dancing to the first same-sex couple.

The pair lasted in the competition for six weeks before they eliminated after a Jazz routine to Michael Bublé’s Fever.

Their first routine got a lot of praise from the show’s new judge, John Barrowman, who said: “That makes me happy on a complete multitude of levels, just because of seeing two men who represent someone who is like me and to skate as well as you did, you’ve done it now, the nerves are out of the way.