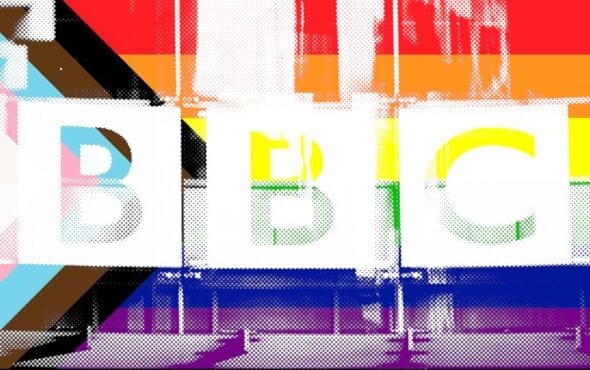 The BBC is rumoured to be withdrawing from Stonewall’s “Diversity Champions” programme as soon as next week.

VICE World News broke the story, explaining that LGBTQ+ staff members at the corporation are “horrified” and “super scared” over the news.

There are currently over 800 private and public businesses signed as members of the programme, with major players like the UK government’s Cabinet Office and Ofcom controversially quitting it earlier in 2021.

According to VICE World News, the BBC’s membership was up for renewal “in early October 2021” – though this is not expected to be continued.

Insiders told the outlet that the withdrawal was going to be done discreetly with no public announcement.

“BBC bosses feel that they can’t allow the organisation to be connected to Stonewall in any way, because the BBC needs to be ‘impartial on LGBTQ lives,’” an anonymous source at the BBC tells VICE World News.

“So the current plan is to quietly withdraw from the scheme, by just not renewing their membership. I’m super scared about this sliding back on supporting LGBT employees.”

It is understood that Stonewall is yet to be informed of a final decision from the BBC.

Speaking to VICE World News, a BBC spokesperson said: “The BBC acts independently in all aspects of our operations, from HR policy to editorial guidelines and content. We aim to be industry leading on workforce inclusion and take advice from a range of external organisations, however we make the final decision on any BBC policies or practices ourselves. We do not take legal advice from Stonewall and we do not subscribe to Stonewall’s campaigning. The charity simply provides advice that we are able to consider. As a broadcaster, we have our own values and editorial standards – these are clearly set out and published in our Editorial Guidelines. We are also governed by the Royal Charter and the Ofcom Broadcasting Code.”

The broadcaster recently came under fire after its new “impartiality guidelines” appeared to suggest that those working there cannot attend Pride marches.

However, the BBC responded by stating there was no issue with attendance so long as staff do not get involved in “politicised or contested issues”.

Robbie de Santos, director of communications and campaigns at Stonewall, explained to VICE World News: “Our work with the BBC focuses on helping to build an LGBTQ+ inclusive workplace for its employees, and in no way affects their impartiality. Supporting LGBTQ+ people in the workplace should not be seen as a political or controversial act.”