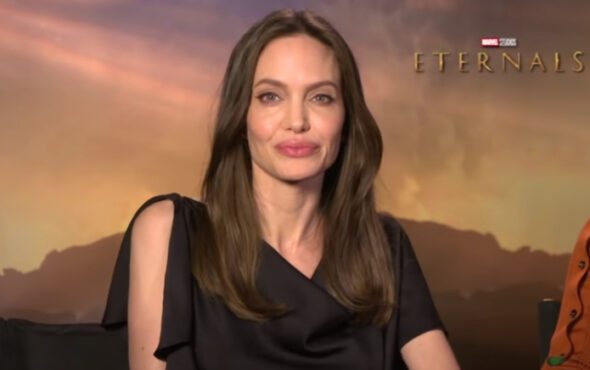 Angelina Jolie has spoken out about how “proud” she is of Marvel’s decision to keep the gay kissing scene featured in Eternals.

Jolie, who appears in the movie as Thena, told Australian outlet news.com.au that those who are angry about LGBTQ+ representation in the movie are “ignorant.”