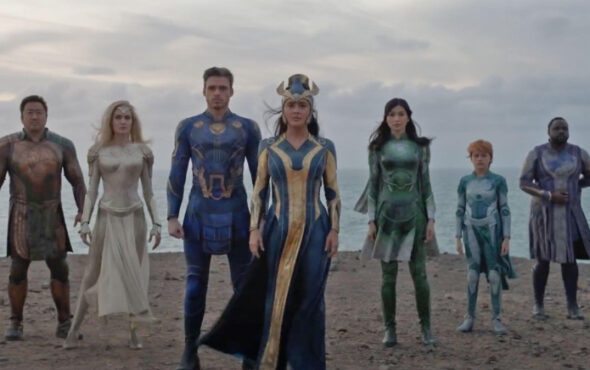 Marvel’s latest blockbuster Eternals has been banned in Saudi Arabia, Qatar and Kuwait.

According to The Hollywood Reporter, the Chloe Zhao-directed film will be not released in the aforementioned territories due to the inclusion of Marvel’s first ever gay superhero Phastos (Brian Tyree Henry).

News of Eternals’ ban follows review-bombers targeting the film in protest of its LGBTQ+ representation. One troll opined that Eternals is a way for Marvel to “tick all the Hollywood woke boxes,” before calling the director “sucky”.

In an interview with IndieWire, Zhao – who won two Oscars earlier this year for her work on Nomadland –  explained how important it is for scenes featuring LGBTQ+ characters to stay in the movie’s final cut.

“I don’t know all the details but I do believe discussions were had and there’s a big desire from Marvel and myself – we talked about this – to not change the cut of the movie. Fingers crossed,” she said.

“To position that family in that specific situation and to have that moment feel authentic and real… The audience has to feel that to care. Otherwise, there’s no point in putting that on-screen because they don’t feel it.”