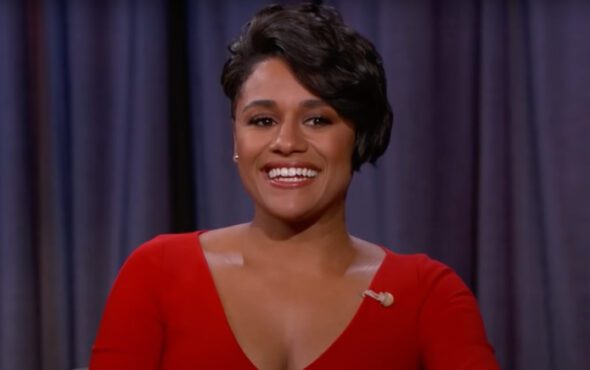 West Side Story star Ariana DeBose is set to star in an all-new queer romantic comedy.

According to a report from Deadline, the openly queer actress has signed on to star and executive produce the upcoming project Two and Only.

The film, written by Latina and LGBTQ+ writer Jen Rivas-DeLoose, has been described as “My Best Friend’s Wedding with a bisexual Latinx POV.”

Jeremy Stern and Randall Einhorn of Sad Unicorn are set to produce the Screen Gem film alongside DeBose.

Shortly after the announcement, the 31-year-old actress took to Twitter to express her excitement over the project.

“Let’s try a rom-com! So excited to take on a new challenge and learn a thing or two about producing,” DeBose wrote.

“Thrilled to be part of this incredible team including Jen Rivas-DeLoose, Screen Gems’ Scott Strauss and K.Giselle Johnson and Sad Unicorn’s Randall Einhorn and Jeremy Stern.”

The news of Two and Only comes a few weeks after DeBose made history as the first openly queer woman of colour to win an Academy Award for acting.

On 27 March, DeBose took home the Best Supporting Actress award for her portrayal of Anita in Steven Spielberg’s West Side Story.

Upon receiving her award, the Hamilton star took to the stage and gave a heartwarming and inspiring speech.

So excited to take on a new challenge and learn a thing or two about producing.

Thrilled to be a part of this incredible team including Jen Rivas-DeLoose, Screen Gems’ Scott Strauss and @kgisellej and Sad Unicorn’s Randall Einhorn and Jeremy Stern! https://t.co/BUrSWkkOmE

Towards the end of her speech, DeBose offered inspiring words for the LGBTQ+ community worldwide.

Aside from making award show history, DeBose is gearing up to have a busy year ahead of her.

In 2023, she is set to star as Calypso in the upcoming Marvel project Kraven the Hunter alongside Aaron Taylor-Johnson.