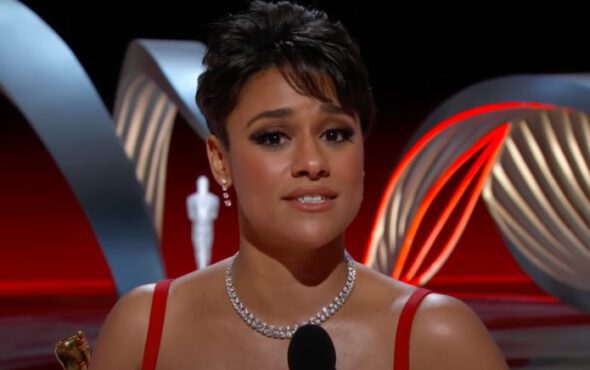 Ariana DeBose has made history as the first openly queer woman of colour to win an Academy Award for acting.

On 27 March, the 31-year old took home the Best Supporting Actress award for her portrayal of Anita in Steven Spielberg’s West Side Story.

Upon receiving her award, the Hamilton star took to the stage and gave a heartwarming and inspiring speech.

She then thanked the “divine inspiration” Rita Moreno, who originally portrayed Anita in the 1961 film.

“I’m so grateful your Anita paved the way for tons of Anita’s like me, and I love you so much,” she exclaimed.

In 1962, Moreno made history as the first Latina woman to take home an Academy Award.

Towards the end of her speech, DeBose offered inspiring words for the LGBTQ+ community worldwide.

Even though the actress has described her time filming the project as the “best summer of her life”, The Prom star almost didn’t audition for the role.

“Our incredible casting director called and was like, ‘Just come in, just come in’ (to audition),” DeBose told Today.

“I’ve since learned that I apparently turned down this audition four times… But, you know, I was also in a Broadway show. I had a show to keep alive, you guys.”

Fortunately, the talented star went through with the audition which led to an empowering collaboration with Spielberg.

In an additional interview with Entertainment Weekly, DeBose described the director’s on-set encouragement as the “greatest gift.”

“He blew my mind because he was just like, ‘Well, what do you want to do?’ and he let me run wild… He was like ‘I hired you because you are my Anita, I trust you with her.’ I think it’s the greatest gift that he gave me was to empower and trust myself.”

Watch her incredible acceptance speech below.