Here’s how Drag Race UK season 2 is like Wizard of Oz, according to Ellie Diamond 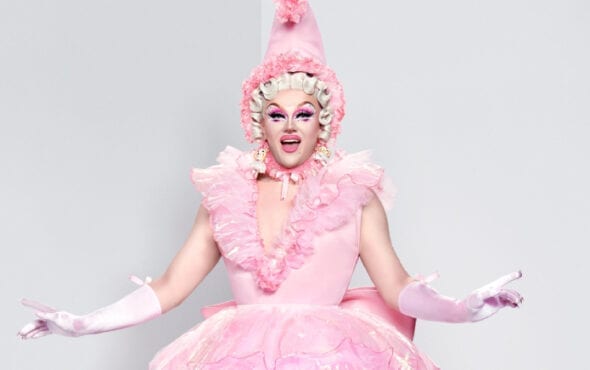 “The windows smashed and the cyclone came in.”

Ellie Diamond has compared the second season of RuPaul’s Drag Race UK to… The Wizard of Oz.

During our interview with the cast, the queen – who makes history with Lawrence Chaney as the first Scottish competitors on the series – described season two as a “cyclone of madness”.

“Like when Dorothy goes into her house to find Auntie Em and the window smashes her in the back of the head,” Ellie joked. “The windows smashed and the cyclone came in.”

When we asked the star if we can expect any drama and conflama, like Divina De Campo and The Vivienne’s iconic “red wig and silver dress” debacle, she didn’t hold back.

“There are certain ones that stand out from the pack, but drag queens are shady, regardless whether you’re on a reality TV show drag competition!” she admitted.

In her interview with the BBC, Ellie likened her style of drag to a “cartoon character that has come to life,” and that she’s fond of “the biggest wigs, heels, outfits, lashes, makeup and ass”.

Although she’s a competitive queen, she won’t throw her sisters under the bus because her motto is “treat others the way you want to be treated and maybe then the world can be rainbows and unicorns.”