The Marvelous Mrs Maisel star addresses whether her character is LGBTQ+ 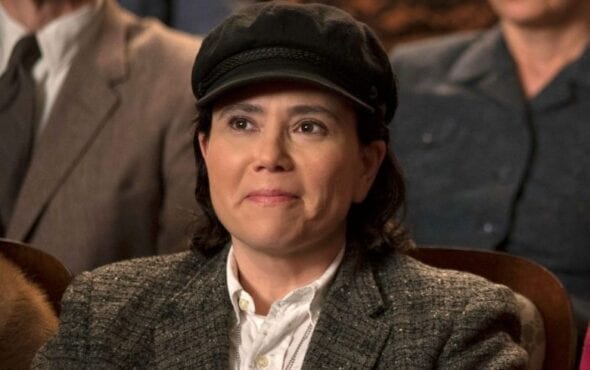 Alex Borstein says she believes her character falls in love “with minds.”

In an interview with the Los Angeles Times, Alex Borstein addressed whether her The Marvelous Mrs Maisel character, Susie Myerson, is a member of the LGBTQ+ community.

The Marvelous Mrs Maisel is a period drama on Amazon Prime set in the late 1950s and early 1960s. The series charts the friendship between Susie and Miriam “Midge” Maisel (Rachel Brosnahan), a female Jewish comedian, who she manages.

Fans have speculated that Susie might be LGBTQ+ due to her presentation as a butch lesbian, and her working at The Gaslight Cafe, a real-life New York City coffeehouse, which attracted authors of queer fiction like Allen Ginsberg and Jack Kerouac.

When asked about these rumours, Borstein said: “One thing I like about her is she’s like this fleshy, new-formed baby. It’s interesting that a lot of people who want to know about her sexuality are the same people who would be like, ‘We don’t want it to be labeled.’

“I like that she’s never had the luxury of having a relationship or even exploring it. I wouldn’t be surprised if she’s never even had her first kiss.

Phrases like this are often used by people in the pansexual community, describing themselves as attracted to a personality or soul, rather than a person’s gender.

Despite what Borstein says about Susie’s sexuality, it does appear that the show doesn’t plan to delve into it, wanting to leave it up to fan interpretation.

After being accused of being “cowards” in 2018 for not making Susie an LGBTQ+ character, show creators Amy Sherman-Palladino and Dan Palladino, said: “Once the series came out, everybody was reading into it. That’s our ultimate goal, to get people to read into it what they want to read into it. Make it their own.”

And lesbian icon Wanda Sykes has been nominated for an Emmy in the Outstanding Guest Actress in a Comedy Series category for her performance as Moms Mabley in the series.