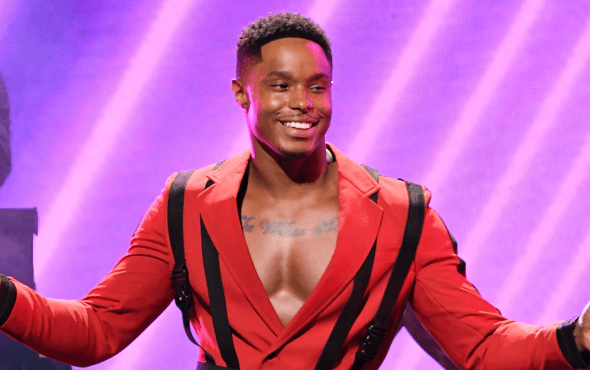 The star came out on his 25th birthday.

Avery Wilson, who rose to fame after competing on the third season of The Voice in the United States, has come out as bisexual in a simple message posted on Twitter.

And it didn’t take long for him to start clapping back at trolls, when an account wrote: “We were just waiting for you to say it Fren.”

Using a condescending Wonka gif, you know the one, Avery coolly responded by writing: “THE WAIT IS OVER then ain’t it ?!”

And when another wrote: “I wish guys could just be honest and say they’re gay, but we gotta do the bisexual inbetween step first. Ok,” Avery brilliantly hit back, saying: “There is no i between for me sir . I like woman and men ! The bus stops here stop trying to paint your narrative on others . WHOS NEXT !?”

There is no i between for me sir . I like woman and men ! The bus stops here stop trying to paint your narrative on others . WHOS NEXT !?

Avery memorably competed on the third season of The Voice, when he was just 16, with his elimination being called an upset at the time. He returned to the show in its eighth season to debut his single, If I Have To.

But his first competition came in 2011, when he competed in the Next Teen Superstar competition, which he co-won.

One supportive fan wrote: “So happy for you living your truth — it ain’t easy out here in these streets especially for a black man. You are wildly talented and wishing you all the success. Loved seeing you on @xtina’s tour btw!”

Another added: “Loved you before I knew that, now I love you more! And, happy birthday! In case no one told you, I’m glad you were born.”

A third person wrote: “Very proud of you!! Thank you for sharing such a private and vulnerable part of your life! Even though you didn’t have to, but you did! Just another reason sooo many of us that follow you, we see how true and genuine you are Avery!!”

Another gave their support, and also reflected on the difficulties bisexual men have in being open about their identities, writing: “I knew 6 bisexual men, and only 1 of them was out. Bi guys have it tough, I’m glad you had the courage to come out, and grateful you just made it easier for lots of other guys to as well!”

While another came in with what might just be the cutest teddy bear in the world, as they wrote: “Welcome to the club! Please accept this complimentary stuffed bear,” with the bear’s t-shirt reading: “Sorry that so many people think your orientation isn’t real.”