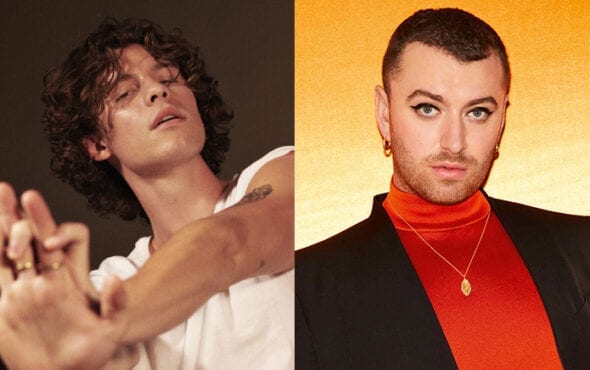 Sam Smith has responded to Shawn Mendes misgendering them on stage.

Last week, the Wonder singer caused controversy after introducing the performer – who identifies as “non-binary genderqueer” – at the iHeartRadio Jingle Ball event with “he” pronouns.

Shortly after, Shawn addressed the mistake on his Instagram story, telling Sam that he’s “so sorry” and that it “absolutely slipped” his mind, adding: “Won’t happen again.

“Sending you so much love! Also, you absolutely are one of the funniest people I’ve ever met.”

Sam has now responded on their own Instagram, telling Shawn that “we’re all learning together” before wishing him “happy holidays”.

In a previous interview with Carrie Bickmore from The Project, the Love Goes star admitted to ‘tripping up’ with pronouns, as they have “been called ‘he and him’ since the day” they were born.

However, they added: “All I can say is that when people use my pronouns correctly, it’s a wonderful feeling. I feel safe, I feel happy, and I feel completely seen.”

Sam asked people to use they/them pronouns in September 2019.

“I’ve decided I am changing my pronouns to THEY/THEM. After a lifetime of being at war with my gender I’ve decided to embrace myself for who I am, inside and out,” they wrote in a moving social media post.

“I’m so excited and privileged to be surrounded by people that support me in this decision but I’ve been very nervous about announcing this because I care too much about what people think but fuck it!

“I understand there will be many mistakes and misgendering but all I ask is you please please try. I hope you can see me like I see myself now. Thank you.”

The collection includes smash hit singles such as Promises (with Calvin Harris), Dancing with a Stranger (with Normani), How Do You Sleep?, Diamonds and I’m Ready (with Demi Lovato).

Love Goes is now available on streaming services – listen here on Apple Music or below.