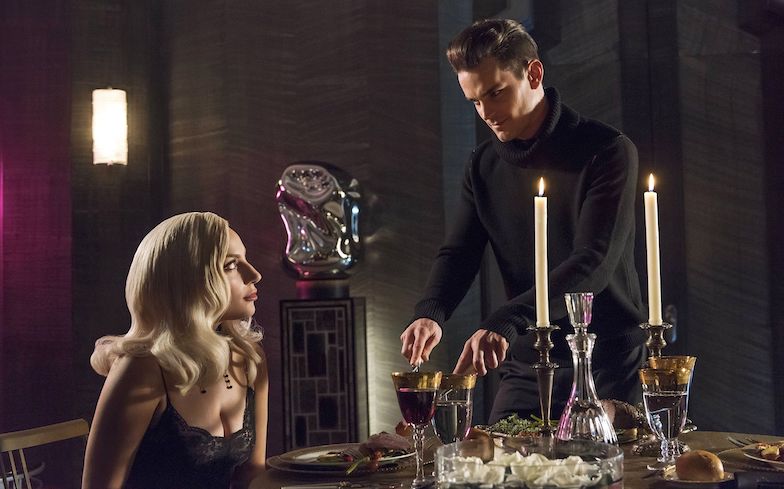 And now Murphy has shared the first poster for the highly anticipated spin-off series, which features a mannequin with its face partially smashed, leaving only the lips intact, while a black widow spider weaves an intricate web inside.

Murphy also announced the idea of the spin-off, explaining: “It’s the AHS spin off. We are doing 16 one hour stand alone episodes delving into horror myths, legends and lore…many of these episodes will feature AHS stars you know and love. More to follow…”

It’s safe to say that fans went wild, with one writing: “2 SERVES IN A WEEK?!? THE GAYS HAVE WON.”

And another added: “Stop it, I’m gonna die and it’s gonna be on you.”

On Instagram, Murphy shared a teaser poster for the upcoming American Horror Story season 10 which features a mouth full of fangs, while a hand in what appears to be some form of surgical glove holding a tattoo gun hovers over.

Plenty of theories have been floating around about what it means, with a hot favourite being mermaids, and we know that the season had to be filmed during the warmer months, perhaps because so many people had to be in the water. It could fit in with a previous teaser that Murphy shared back in March, which featured two arms emerging from the water.