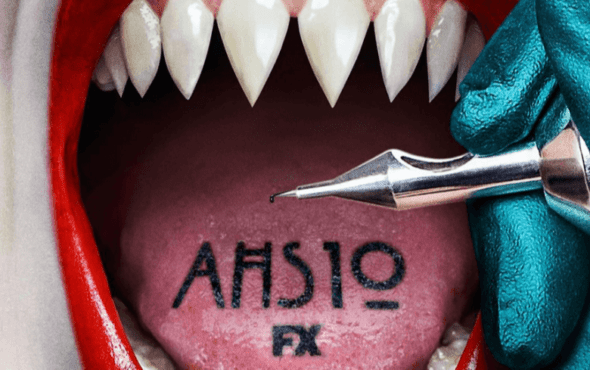 What does this season hold? Mermaids? Vampires? Body modification?

Speculation is rife about the upcoming season of American Horror Story with us having been teased with pictures of fangs and possible aliens, but now we could be closer than ever to the theme with a brand new promo image.

Ryan Murphy shared the image on Instagram which features a mouth full of fangs, while a hand in what appears to be some form of surgical glove holding a fountain pen hovers over.

At the time of writing, the post has attracted nearly 200,000 likes and the comments are full of speculation about what this mysterious poster could mean.

A hot favourite has been around mermaids, and we know from Murphy himself that the season had to be filmed during the warmer months, perhaps because so many people had to be in the water. It could fit in with a previous teaser that Murphy shared back in March, which featured two arms emerging from the water.

Another possible theory is around body modifications, what with the surgical glove featuring so prominently within this poster, perhaps it could be around some form of experiment gone wrong.

Either way, we’re hooked and cannot wait to see how this turns out!