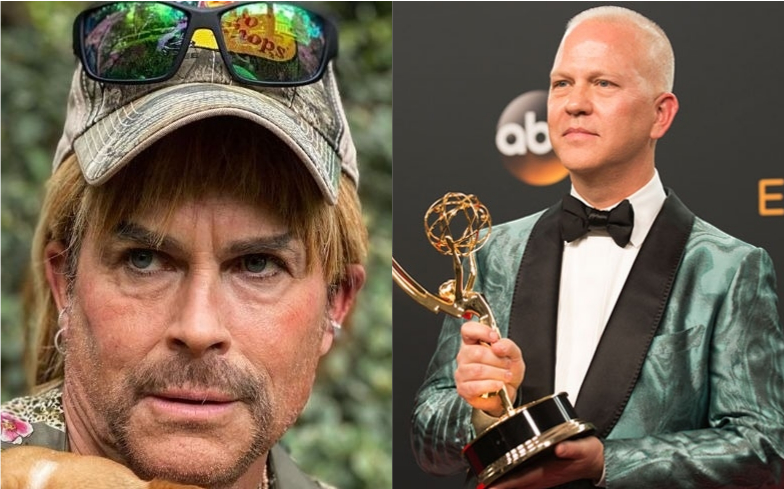 The project is reportedly in “preliminary” discussions.

With major projects like American Horror Story, 9-1-1: Lone Star and The Politician under his belt, Ryan Murphy’s next project could be an adaptation of Joe Exotic in Tiger King.

Deadline reports that Ryan Murphy and Rob Lowe could both be working on the adaption, which is likely to head to Netflix. However, there are no details on whether this scripted adaptation is going to be a movie or TV series.

But despite reports that conversations are only in “preliminary stages” Rob posted on his Instagram: “Rob Exotic. UPDATE: Ryan Murphy and I will be developing our version of this insane story. Stay tuned!”

The show is… wild. There’s a murder plot, a Nxivm-esque sex cult, political campaigns, a hell of a lot of country music and an emphasis on animal rights. Exotic also leaves the fashion world shaking with his various groundbreaking ensembles.

Due to the global coronavirus pandemic forcing people to quarantine inside their homes, the true crime documentary has become one of the most popular and critically-acclaimed series of all time on the streaming service.

And whether or not this Murphy-Lowe adaptation actually does happen, there is already confirmation that a series based on Tiger King is in the works.

SNL alum Kate McKinnon will portray Baskin in an upcoming limited miniseries. She will also serve as an executive producer.

Baskin later called McKinnon a “wonderful actress” and implored her “to not use real big cats and cubs” in the series.

In a statement to Entertainment Weekly, she said: “The Wondery podcast, which is the basis for her series, explores the rampant breeding, abuse and exploitation of big cats by breeder and exhibitor Joe Exotic.

“It would be cruel to use real big cats in a television series about cruelty to big cats.”

And as the series is a meme goldmine, we’ve collected some of the best for you right here.

Related: One more episode of Netflix’s Tiger King is on the way