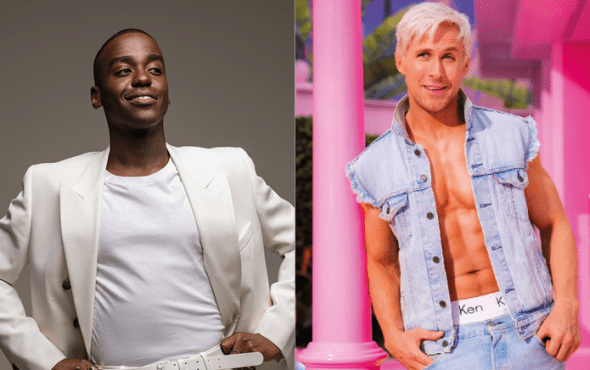 Ryan Gosling has described the decision to cast Ncuti Gatwa as the next Doctor Who in the long-running hit sci-fi series as “the most exciting thing that’s happening right now.”

Gosling appeared virtually on BBC’s The One Show on Tuesday (19 July) to discuss the daredevil stunts in the new Netflix action film, The Gray Man, and the upcoming Barbie, in which he plays Ken.

He was asked by hosts Alex Scott and Roman Kemp about his Barbie co-star, Sex Education’s Ncuti Gatwa, who Gosling described as “the coolest” adding that he is “such a big fan” of the actor.

“[Gatwa] playing Doctor Who is the most exciting thing that’s happening right now, so I’m here for it,” Gosling continued.

It’s a Sin writer and returning Doctor Who showrunner Russell T Davies shared the clip of Gosling’s praise for Gatwa on his Instagram with the caption: “Ryan speaks the truth!”

Gosling was recently spotted proudly wearing a fan-made t-shirt that shows Gatwa as the famous Time Lord surrounded by swirling galaxies, Davies also reposted this image on Instagram joking that he would sue Gosling over the illegal merchandise.

Gatwa’s rise to fame started with Netflix’s Sex Education where he played out and proud Nigerian-British teen, Eric Effiong.

The 29-year-old actor’s entrance to Doctor Who will see him taking over from Jodie Whittaker as the 14th Doctor alongside Heartstopper’s Yasmin Finney and Neil Patrick Harris as “the greatest enemy” that Doctor Who has ever faced.

We can expect to see Gatwa, Finney and Harris on screen in Doctor Who in 2023!