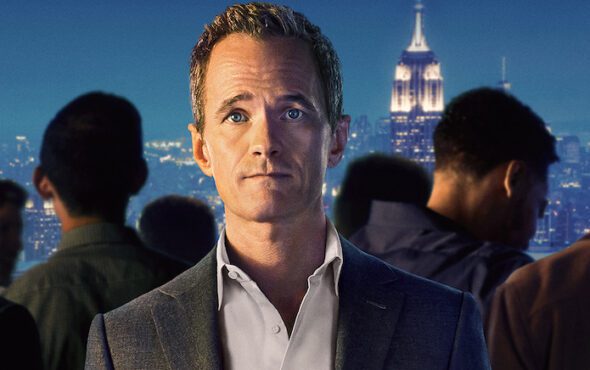 Over the last few years, LGBTQ+ viewers have flocked to Netflix to immerse themselves in its queer-led shows.

From Elite and Heartstopper to First Kill and Young Royals, Netflix has steadily increased its catalogue of LGBTQ+ content.

On 13 July, the streamer dropped another trailer for its brand new queer series Uncoupled, which is set to star Harris as a newly single gay man Michael Lawson.

Described as a “successful New York City real estate agent with a great career, a supportive family, close friends”, Michael’s life suddenly gets turned upside down after Colin (Tuk Watkins), his partner of 17 years, leaves him on the eve of his 50th birthday.

“Overnight, he has to confront two nightmares: losing the man he thought was his soulmate and suddenly finding himself a single gay man in his mid-forties in New York City,” the synopsis reads.

At the beginning of the trailer, Michael endures the aftermath of his disastrous breakup.

“Do you have any idea what it’s like to be single again for a gay man at my age?” he exclaims.

As the teaser progresses, Michael slowly begins to navigate the dating world with the guidance of his closest friends, Suzanne (Tisha Campbell), Billy (Emerson Brooks) and Stanley (Brooks Ashmanskas).

“You need a dick pick. You won’t get anywhere on this without one,” Stanley tells Harris’ character while explaining the ins and outs of Grindr.

The trailer then ends with Michael posing naked in a gym locker room before a worker hilariously asks if he needs help.

In a May interview with People, co-creator Darren Star opened up about the show’s relatability during Variety’s Power of Women event.

“I think we’ve all had breakups, and it’s about a breakup,” he explained. “It’s about a gay man who’s [in his] late 40s, who’s single in New York – and it’s an experience that I can relate to and know a lot of people that have gone through it.”

The eight-episode series is set to debut on Netflix on 29 July.

You can watch the first trailer for Uncoupled here or below.