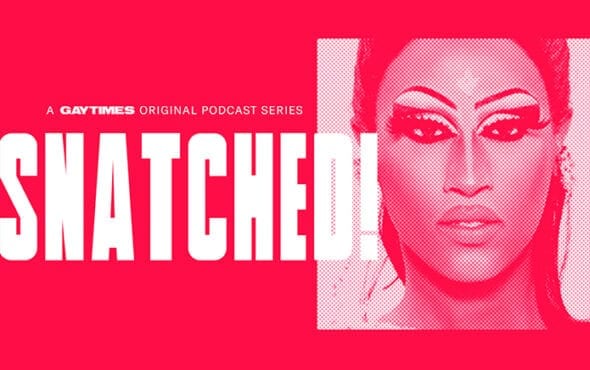 This week, Sam Damshenas (Associate Editor) and Umar Sarwar (Fashion Editor) dissect the third episode of the superstar spin-off, which saw the 11 remaining fan-favourites compete in three separate groups to market their ‘side hustles’.

The episode culminated in one of the most severe smackdowns in the herstory of the Emmy Award-winning franchise, as Trinity K. Bonet competed against lip-sync assassin (and her season six sister) Laganja Estranja to the beat of Dua Lipa’s dance-pop smasher Physical.

Ultimately, Laganja won the battle (solidifying her status as one of the most formidable lip-syncers in the process), before revealing the lipstick of – SPOILER ALERT! – the Reverend Dr. Silky Nutmeg Ganache.

Priyanka, the inaugural winner of Canada’s Drag Race, joins Sam and Umar as she shares her thoughts on the hilarious episode (which we hailed as one of the best in Drag Race’s 13-year run), the aforementioned lip-sync showdown and who she wants to follow in Shea Coulee’s footsteps in the Hall of Fame.

The star also reveals whether she’s been approached by RuPaul for the lip-sync assassin gig and if she’d betray her season one bestie, Lemon, by giving her the chop. Not only that, Priyanka even recruits one of the current All Stars for a fleeting conversation. This is Priyanka we’re talking about, so it’s instantly iconic.

The first three episodes of Snatched! season two are now available to listen on all streaming services including Spotify and Apple Podcasts.

You can listen to our brand new episode with Priyanka below.

Following her win on Canada’s Drag Race last year, Priyanka has covered GAY TIMES and Elle, and launched her bid for pop superstardom with the massive dance-pop banger Cake, which will be released on her upcoming EP Taste Test.

You can purchase tickets here and listen to Cake below.