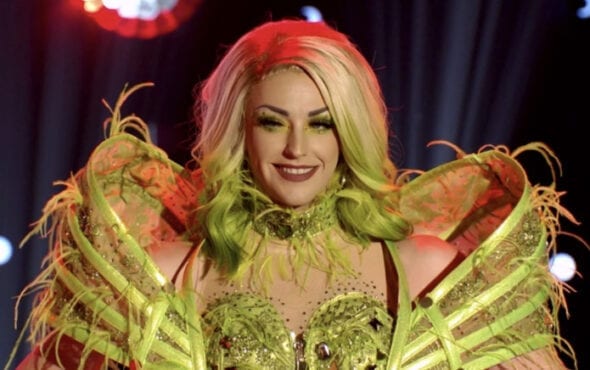 Laganja Estranja won’t be returning to Drag Race All Stars for a permanent gig anytime soon.

Last week, the iconic contestant made a comeback for the third episode of All Stars 6 as a lip-sync assassin, where she faced fellow season six competitor Trinity K. Bonet in a smackdown to Dua Lipa’s dance-pop smasher Physical.

Laganja’s return was met with overwhelmingly positive reviews from fans and critics, particularly for her epic stunts on the main stage, and viewers came out in droves on social media to demand a full-length comeback from the star for an upcoming season of the All Star spin-off.

“This was the best lip sync assassin All Stars entrance ever! This plus the lip-sync was iconic and the exact reason why Laganja Estranja needs to be on All Stars 7!” tweeted one fan, while another wrote: “When All Stars 7 comes around do we even need to watch it or can we just give Laganja her crown?”

Despite the demand, Laganja has shot down rumours she’ll return as a contestant in the future. On her Instagram, she wrote: “I appreciate you all wanting to see more of me. But I am completely at peace with this being my last moment.

“Hopefully they will bring me back as a choreographer. But otherwise, this was the perfect goodbye. I went back and delivered exactly what you have been asking for – catchphrase and all. This is enough and so am I.”

In a 2018 interview with GAY TIMES, Laganja said she ‘made it clear’ to World of Wonder that she’ll never return as a competitor on the series.

“I would love to come back as a cameo, much like Alyssa [Edwards] was as a dance coach,” she explained. “But, after doing So You Think You Can Dance, where I was treated with such kindness and such respect, I don’t think I could ever return to the intense competition that it is required by Drag Race.”

Laganja continued: “It’s not that they’re mean, or they do something to harm us, but what they put us through is very intense.

“I just feel, mentally, I’m not ready for that, and I’ll never be ready for that because it’s not how I operate. I would never put myself in a shark tank like that where girls can have opinions on me, and potentially vote me off.”

The following year, however, Laganja said in a Reddit Q&A that she is “actually interested” and would portray Dame Edna on Snatch Game. Last month, the cannabis activist, dancer and musician came out as a transgender woman.

Speaking with Entertainment Weekly, Laganja said she’s “presented as female for the last 10 years” through the art of drag, which made her ease into her identity in a way that “made it more explainable to the masses”.

“I do want to be able to express this at all times. I just got my haircut – a very feminine cut – and in one week already, my life has changed,” she explained. “I’m able to come off stage and take my makeup off and still see a beautiful woman in the mirror. It’s powerful.”

Laganja credited her close friend and season six sister, Gia Gunn, with helping her through her transition. Gia came out as transgender in 2017, and made herstory for the Drag Race franchise as the first openly transgender All Stars contestant.

“I feel blessed to have had that experience. Our transitions are different and will manifest in different ways, but it was so incredible to see someone live their truth and to be happy,” said Laganja.

“I’m so thankful that Gia didn’t push me and has allowed me to take my time. Of course she’s encouraged me. From day one when we met, she was like, ‘Oh honey, you’re a woman!’ She’s known longer than I have!

“She allowed me to take my time and continued to be supportive…. by physically seeing her change and the fact that she’s been able to live a happy life and have lovers and have boyfriends – all the things trans women, I think, worry about when they came out – gave me hope and encouragement.”