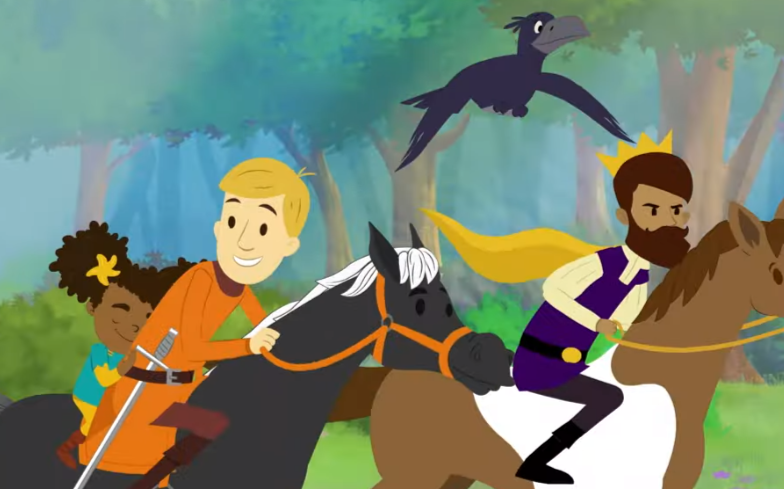 The series is headed to Hulu in June.

Next month, streaming service Hulu is set to release The Bravest Knight, which is based off of the book of the same name by Daniel Errico.

Parts of the story will take place in flashbacks recounting Sir Cedric’s story, while other parts will follow Nia and her troll sidekick Grunt – played by comedian Bobby Moynihan – as she sets off to become a knight in her own right.

What’s even sweeter is the two main gay roles have gay actors playing them, which is somewhat a rarity in today’s world.

Children’s television has started to become a bit more LGBTQ-inclusive, however some steps backward are still being made. Last month, Disney confirmed that it had axed its groundbreaking show Andi Mack, which featured the studio’s first ever character to say ‘I’m gay.’

And despite Arthur airing a cute same-sex wedding in the premiere of its 22nd season – yes, it is still going – the state of Alabama has refused to air the episode.

“More importantly – although we strongly encourage parents to watch television with their children and talk about what they have learned afterwards — parents trust that their children can watch APT without their supervision.

“We also know that children who are younger than the ‘target’ audience for Arthur also watch the program.”

He added: “The vast majority of parents will not have heard about the content, whether they agree with it or not. Because of this, we felt it would be a violation of trust to broadcast the episode.”