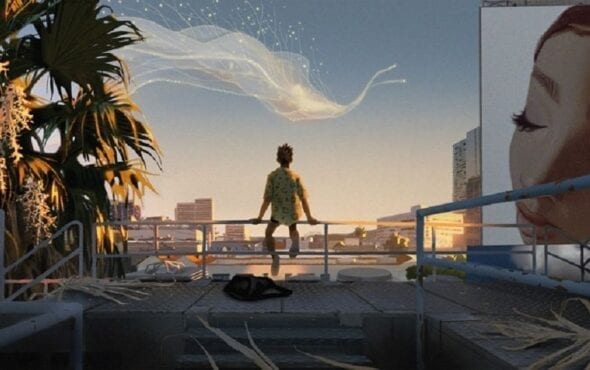 Popular graphic novel The Witch Boy is being adapted for a Netflix musical.

Celebrated graphic novel The Witch Boy is set to be adapted into an animated movie musical for Netflix.

The graphic novel, written by Molly Knox Ostertag, is set in a world where girls become witches and boys become shapeshifters, with those who defy this order getting exiled from society.

The series follows 13-year-old Aster, a male who has not yet shapeshifted and is fascinated by witches. When a danger threatens other boys, Aster knows he can help, but only as a witch, and he receives support from a non-magical and non-conforming friend, Charlie.

The synopsis for the Netflix adaptation confirms that it will follow this magical story, as it states: “In a secret, magical community where girls are born to be witches and boys grow into shapeshifters, Aster is surprised to discover his emerging and extraordinary witch powers.

“When a mysterious danger threatens his world, Aster must embark on a journey to uncover the truth behind himself, his powers, and everything that is magical.”

The film is set to be directed by Oscar-nominated director Minkyu Lee (Adam and Dog), while Maria Melnick (Escape Room series) will be writing the script.

The film will be produced by Roy Lee (The Ring and How To Train Your Dragon series), Miri Yoon (Jonah Hex, Death Note) and Ryan Harris (Rise of the Guardians, Trolls), as well as Vertigo Entertainment.

And pop trio HAIM have been signed on to produce music for the film.

Although Netflix hasn’t confirmed whether there will be LGBTQ+ elements, director Minkyu Lee said these elements from the novel is what drew him into the film.

“It has been a life-long dream of mine to create an animated film that pushes the medium forward, both in content and form,” he explained. “The connection between this dream, my experiences, and Aster and Juniper’s story is what draws me to this film every day.” He added: “I am grateful to be creating this with the wonderful team at Netflix. My hope is that this film, by celebrating queerness and ‘otherness’, will come to audiences around the world as something truly special.”

This isn’t the only queer graphic novel series that Netflix is currently adapting, as it confirmed that the beloved Heartstopper series was also getting adapted into a live-action TV series.

When we spoke to Oseman about the novel, which has received critical acclaim, she said it was important for readers to “learn about the issues and tensions that young LGBTQ+ people face”.

“The good thing about Heartstopper is that it appeals to everyone,” Oseman told GAY TIMES. “It’s through stories like this that straight and cis people can improve their empathy.”

She continued further: “I’ve had so many people reach out to me saying, ‘It’s so nice to see someone like me in this comic just falling in love and having a cute little romance’, but also from people saying, ‘Nick’s journey has helped me come to terms with being bisexual’, and stuff like that. For me, that’s the most wonderful thing.”

Related: 32 of the best LGBTQ+ films you can watch right now on Netflix