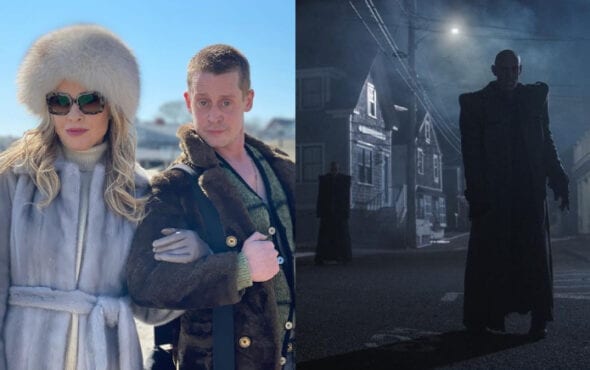 Ryan Murphy has revealed when fans will find out the American Horror Story season 10 theme.

On Wednesday (17 March), the creator of the horror anthology series shared an ominous teaser of a grey-scaled, bird’s-eye view of the sea. It states that the “official title announcement” will arrive this Friday (19 March).

Murphy has posted various season 10 teasers over the past week, including one of stars Leslie Grossman and Macaulay Culkin standing on a Provincetown beach, and another of some rather gnarly looking creatures as they stomp down a dark street.

We don’t know how this ties in with the official poster, which features a hand in a surgical glove operating on a mouth full of fangs with a tattoo gun, but based on the teasers, it’s safe to say the theme will be sea-related.

The season followed five teenagers who become camp counsellors for the summer to escape the wrath of a serial killer called The Night Stalker. Upon release, 1984 received rave reviews from critics.