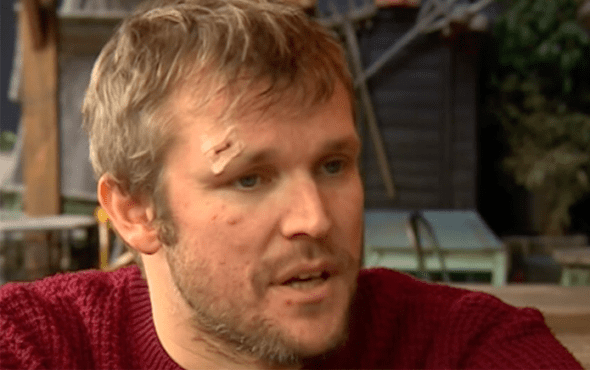 A 38-year-old man has been brutally attacked in Birmingham’s Gay Village for holding hands with another man.

On October 10, John-Paul Kesseler was struck with a bottle across the head whilst walking to a hotel with a male friend.

The pair were suddenly approached by a man who was standing outside of his car who addressed Kesseler. The unknown man aggressively said they shouldn’t be holding hands.

“He said we shouldn’t be holding hands,” Kesseler told Birmingham Live, “and I said, ‘What’s the problem?’”

The 38-year-old recalled seeing the man grab a bottle and follow him before he was attacked: “I didn’t notice him coming and the next thing I knew, I felt bashed round my head. I felt I was bleeding, I could feel blood dripping down my clothes. I was a bit dazed.”

Kesseler went ahead to call the police, according to Birmingham Live, with the attacker then returning to his car to retrieve an iron bar.

According to LGBTQ+ Nation, the iron bar was then used to strike Kesseler. The assailant fled the scene quickly after.

Bottle round my fucking head for holding another man's hand. Fuck the fuck off. pic.twitter.com/QYCMY6kBtK

“Bottle round my f*cking head for holding another man’s hand. F*ck the f*ck off,” Kesseler posted immediately after the attack.

He followed up in another tweet, expressing fear and frustration following the hate crime: “God f*cking damn. I am so angry right now. Just outside of the gay scene, our supposed safe space, these cretins feel emboldened enough to do this.”

“Deeply concerned to learn of another attack on a member of Birmingham’s LGBT+ community near Hurst Street. There is no space for this type of hatred in our city,” the MP tweeted.

Mahmood is the constituent representative that includes Birmingham’s infamous Gay Villiage. The MP has since written to Police and Crime Commissioner on homophobic attacks urging for change to protect the LGBTQ+ community.

Deeply concerned to learn of another attack on a member of Birmingham’s LGBT+ community near Hurst Street. There is no space for this type of hatred in our city. 1/2

Last week I wrote to @WestMidsPCC regarding the rise in attacks taking place in the Gay Village and called for swift action. Will raise with @DaveThompsonCC to ensure those in Birmingham can feel safe once again. 2/2https://t.co/0hEk3U1hCu

Following the attack, and a string of LGBTQ+ hate crimes in Birmingham, Kesseler shared his experience with how his incident has been treated.

” [Birmingham police] have been proactive in dealing with this,” he wrote on Twitter. “There are obviously issues regarding the rise in homophobic attacks in and around the gay scene, with a change and/or increase in preventative measures needed, but their reaction to this has left me heartened.”

Unfortunately, anti-LGBTQ+ attacks in Birmingham have been on the rise, particularly around the city’s Gay Village.

A gay couple was left dangerously wounded after being assaulted with knives in June, while two men were left bloodied in an attack in August.

A 26-year-old woman was subject to a vicious assault in September. Alongside Kesseler’s attack, another man was punched in the face and left unconscious.

Police and Crime Commissioner Simon Foster told Birmingham Live that this string of anti-LGBTQ hate crimes is “disgraceful” and the Birmingham police are actively working to prevent future attacks.

“Tackling hate crime is a top priority,” Foster said. “It is important that we encourage and facilitate reporting, hold perpetrators to account and ensure that the right support is available at the right time for victims.”

Anyone with information or who witnessed this assault should contact police via Live Chat on our website or by calling 101. Please quote crime reference number 20/1794083/21.