Yasmin Finney “screamed” when she saw the Heartstopper casting call: “I literally flipped” 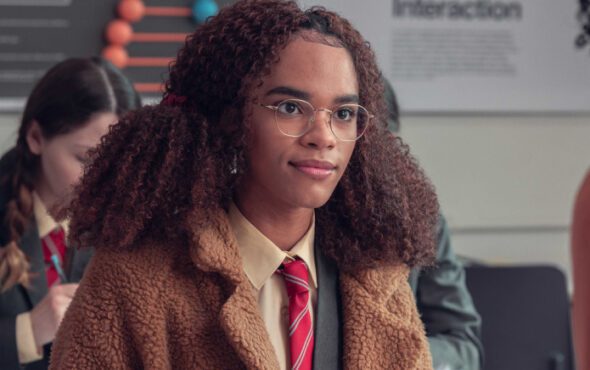 Yasmin Finney has revealed how Heartstopper has changed her life and why the response to it has “been unbelievable.”

The actress plays Elle in the Netflix series, Charlie (Joe Locke) and Tao’s (William Gao) friend who transferred to Harvey Greene Grammar School for Girls after coming out as transgender.

“It has been indescribable,” she told Teen Vogue of what the reaction to the show has been like. “The response has been so overwhelmingly positive, and I don’t think half of us expected this response, to be honest. And I’m just so happy that, you know, a trans representation is there and people are seeing it and people are feeling inspired by that. Yeah, it’s been unbelievable.”

Yasmin added that she “learned so much by being Elle” and that she is “very, very similar” to the character.

The actress revealed that she was “shocked” by the fact that “it doesn’t even mention that she’s trans in the series”, explaining that this gave her “so much hope in the industry, because it goes to show that we don’t really have to focus on the sad stuff and the bad stuff of being a trans person.”

Netflix’s casting call for Heartstopper asked for a trans girl of colour, which Yasmin said she was left “speechless” by.

“And at the time, I was still in college studying performing arts acting, so I kind of wanted to be an actor, but I didn’t really see myself in the industry because there’s such a lack of trans actors out there.

“So when I seen this casting call — girl! — when I tell you I literally flipped, like I was completely gagged.

“And also, my character was an international search because of the lack of trans actors out there. And that’s also what was going through my mind. I was like, oh my God, there’s gonna be thousands of people auditioning for Elle all over the world. And I’ve got to stand out somehow, and somehow I did. So yeah, it was, I was, speechless, basically.”

Yasmin also revealed that she managed to steal some mementos from the set.

“I took a Zara crop top which I wore and some socks as well, because I forgot to take the socks off,” she shared. “Like after a 15 hour day and you’re like, oh my God, like just rushing home and your driver’s out there waiting for you.

“Then sometimes I would even just go home in the school skirt that I had just because I was a bit tired and I couldn’t be bothered changing. And then [the costume department] would always shout at me like ‘you have to bring back the outfits.’ But it was so fun. I think most of the cast did steal stuff.”

Heartstopper is streaming now on Netflix. You can watch the trailer below or by clicking here.

You can also read our full interview with the cast of Heartstopper and Alice Oseman via the GAY TIMES app, Apple News+, Readly, and Flipster.