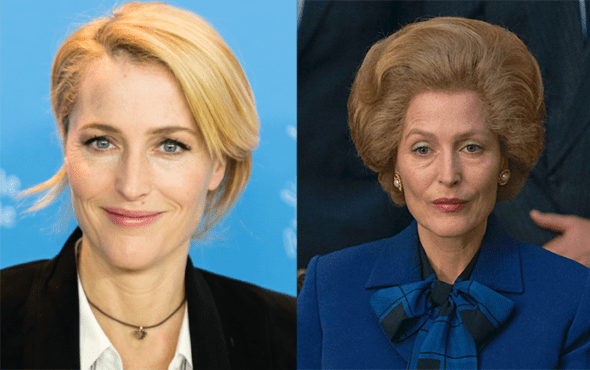 The Crown cleaned up at the 2021 Golden Globe ceremony after raking in four big wins.

It’s no surprise The Crown aka one of Netflix’s biggest streaming hits has pulled off an incredible win at the Golden Globes.

With a total of six nominations in their favour, the show was destined to snag a few awards.

Anderson was able to effortlessly perform the cutting demeanour of Thatcher throughout the series.

To much of her credit, the actress gave a layered depiction of the leader who is not commonly held in positive regard and is known for her divisive policies.

Examples of Thatcher’s mistreatment included Britain’s mining community to her implementation of Section 28 of the Local Government Act 1988 which prohibited “the promotion of homosexuality”.

For her role as Margaret Thatcher, Gillian Anderson was up against an outstanding line up of women.

The Crown won a total of four awards last night. Emma was awarded Best actress in a drama TV series prize for her depiction of Diana, Princess of Wales.

Josh O’Connor scooped up Best Actor in a TV series, while the show itself won Best TV series, and Anderson snagged the final win for the period drama.

In other LGBTQ+ wins, Jodie Foster won a Golden Globe for Best Supporting Actress in film and Rosamund Pike won Best Actress in a film for portraying a lesbian in I Care a Lot.

Andra Day was recognised for her brilliant work in The United States vs. Billie Holiday and won Best Performance by an Actress in a Motion Picture.