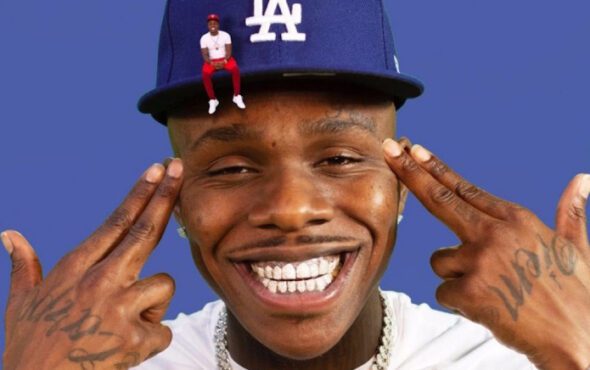 DaBaby used his first stage performance since making a range of homophobic remarks to call out the “cry babies” he offended.

During his set at Rolling Loud Miami at Hard Rock Stadium on 25 July, DaBaby claimed that HIV-positive people will “die in two to three weeks” before making derogatory comments about his gay fans “sucking d**k” in the parking lot.

The comments resulted in widespread criticism and saw the rapper dropped from several festival lineups, such as Lollapalooza, iHeartRadio, Parklife and the Governors Ball.

Prior to appearing on stage at Hot97’s Summer Jam 2021 in New Jersey on Sunday (August 22), he used a pre-taped video message to address the backlash his homophobic comments received.

The rapper appeared to make a genuine apology, claiming that he “never, ever meant to offend anybody” with his words.

In the clip, DaBaby said: “[Hot 97] allowed me to share my gift, share my blessing with y’all out here live on this stage amongst all the chaos and all the backlash.

“So hats off to y’all for that… They accepted my sincerity and all my apologies when I said I never, ever meant to offend anybody or say anything to make anybody feel any type of way live on that stage a few weeks ago.

“And Hot 97 was also willing to stick they neck out on the line, willing to go against all odds with everything going on out here in the world and still allow me to come out here on this stage and utilise they platform to help the world move forward.”

However, this attitude appeared to change when he appeared on stage, as DaBaby further elaborated on his thoughts.

As reported by Complex, he said: “Other than the people that, you know, was truly offended, I feel like the rest of y’all motherfuckers being cry babies.”

The rapper used the comment as a segway into his song Cry Baby with Megan Thee Stallion, something which appeared to be a jab at those criticising him.

DaBaby has previously come under fire from the likes of Elton John, Demi Lovato and Madonna for his ignorant outbursts.

In a scathing letter to the rapper last month, Madonna wrote: “People like you are the reason we are still living in a world divided by fear. All human beings should be treated with dignity and respect regardless of race, gender, sexual preference or religious beliefs. AMEN.”

Dua Lipa, who collaborated with DaBaby on a remix of her song Levitating, distanced herself from him last month after learning about his homophobic remarks.

“I am surprised and horrified at DaBaby’s comments,” Dua wrote on her Instagram Stories at the time. “I really don’t recognise this as the person I worked with.

“I know my fans know where my heart lies and that I stand 100% with the LGBTQ community. We need to come together to fight the stigma and ignorance around HIV/AIDS.”