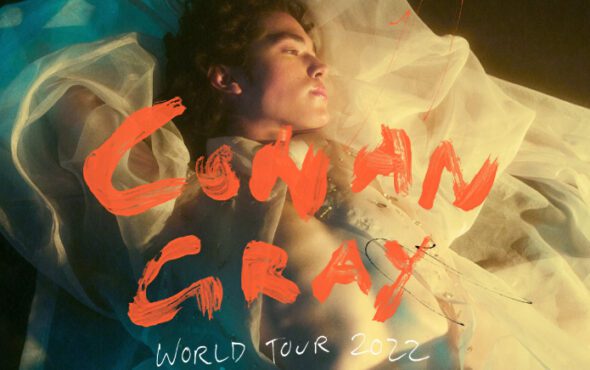 Conan Gray has announced The Conan Gray World Tour 2022, which is set to kick off in Dallas, Texas next March.

Pre-sale for the show is set to begin on 27 October at 10am local time, with a Spotify one following on the same day.

General sale will start on the 29 October at 10am, with fans all over the world able to purchase tickets to the show closest to them.

Starting on 1 March in America, the tour will arrive in Europe in May with the UK dates taking place in June.

The tour ends in London on 9 June at the UK Eventim Apollo.

He added: “Bringing @bulow and @lilmallrat. tix go on sale this Friday 10/29 at 10AM local for north america, and 9AM BST/10AM CEST for UK and europe. cannot wait to be reunited with y’all again <3.”

Gray also said he will “be giving away a bunch of VIP tix to people who presave” his highly anticipated new song, Telepath.

Set to be released on 29 October, it was co-written with Julia Michaels, Ilya and Caroline Ailin.

Click here for more information on Gray’s tour, the dates can be found below: