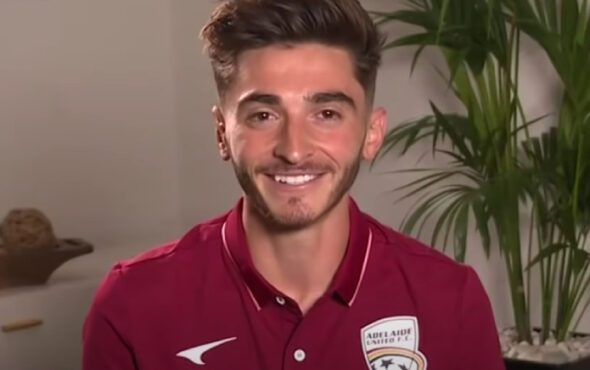 A World Cup boss has told Josh Cavallo that he has no reason to feel unsafe in Qatar if he plays next year.

The 2022 FIFA World Cup is scheduled to take place in the country from November to December next year against a backdrop of increasing hostility towards the LGBTQ+ community.

Homosexuality remains illegal in Qatar and can be punished by penalties including flogging, imprisonment and even execution.

Cavallo, the only openly gay male top-flight professional footballer, recently said he would be “scared” to play at the World Cup in Qatar because of the harsh anti-gay laws and penalties in the region.

Although he is yet to be called up for the senior squad, the 22-year-old has played for Australia’s youth team.

In an interview on The Guardian’s Today in Focus podcast, he said: “I read something along the lines of that [they] give the death penalty for gay people in Qatar, so it’s something I’m very scared [of] and wouldn’t really want to go to Qatar for that.”

Speaking to CNN, Nasser Al Khater, the chief executive of the tournament, claimed that “nobody feels unsafe” in the country.

“Qatar is a tolerant country. It’s a welcoming country, it’s a hospitable country.”

In November, Al Khater responded to Lewis Hamilton voicing support for the LGBTQ+ community at the Qatar Grand Prix by alleging that LGBTQ+ fans will not have to fear “persecution of any sort”.