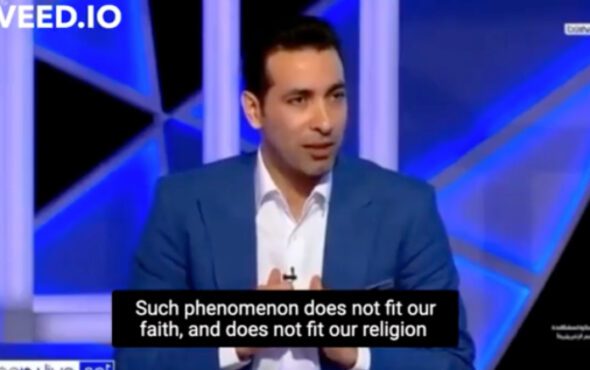 Mohamed Aboutrika went on a homophobic rant in which he said homosexuality is “against humanity” and a “dangerous ideology that is becoming nasty”.

In an appearance on Qatari network beIN Sports, Deadline reported that Mohamed Aboutrika was asked about the UK Premier League’s Rainbow Laces campaign on the 27 November weekend.

The campaign, which is a partnership with Stonewall, aims to boost LGBTQ+ acceptance in football.

Aboutrika, who played for Egypt 100 times from 2001 to 2013, spent two minutes ranting about homosexuality in response to the question.

“This phenomenon is not only against Muslim nature but it’s against human nature,” he said. “Allah says in the Quran that we have to honor the children of Adam but by doing this homosexuality we are not honoring humans, we are humiliating them.”

It is understood that beIN will continue to allow appearances from Aboutrika on the channel and, despite acknowledging that the comments were said, it is yet to condemn them publicly.

The 43-year-old added that the Muslim community has “a role to play” in the elimination of homosexuality and described it as a “dangerous ideology that is becoming nasty.”

He continued: “They will tell you it’s a human rights but it’s not a human right, in fact it’s against humanity.”

In addition to this, Aboutrika encouraged beIN to not show “anything LGBT-related” when it comes to covering the Premier League.

The network is a popular sports channel in the Middle East and even operates in countries such as the United States, France, Australia, Hong Kong and Australia.

Deadline reported that Aboutrika was reprimanded and sanctioned in private, though his comments were not met with much pushback from the presenter.

Bloomberg and an array of Middle Eastern commentators confirmed that the words, which were said in Arabic, have been translated correctly.

The 2022 FIFA World Cup is scheduled to take place in Qatar from November to December next year against a backdrop of increasing hostility towards the LGBTQ+ community in the country.

Homosexuality remains illegal in Qatar and can be punished by penalties including flogging, imprisonment and even execution.

Josh Cavallo, the only openly gay male top-flight professional footballer, recently said he would be “scared” to play at the World Cup in Qatar because of the harsh anti-gay laws and penalties in the region.

In an interview on The Guardian’s Today in Focus podcast, he said: “I read something along the lines of that [they] give the death penalty for gay people in Qatar, so it’s something I’m very scared [of] and wouldn’t really want to go to Qatar for that.”