Violent anti-LGBTQ+ activists in Russia plan to spread across Europe 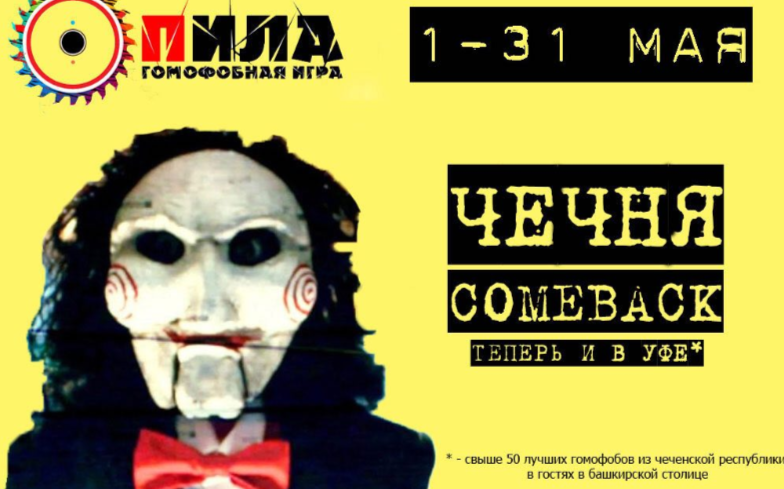 Violent anti-LGBTQ+ activists, linked to a ‘Saw-themed’ website that celebrated violence against the LGBTQ+ community, are planning to spread across Europe in a bid to “regulate” LGBTQ+ activism across the continent.

The website has since been taken down, but referred to itself as ‘Chechnya’s Comeback’, referencing the gay ‘purges’ occurring in Chechnya, where LGBTQ people have been rounded up and tortured, and in some cases killed.

It is believed that members of the group were behind the murder of Russian LGBTQ+ activist, Yelena Grigoryeva, who was stabbed to death near her home last year. Her murder happened shortly after her name and details were posted on the website.

But in an email sent to activist Svetlana Zakharova, and seen by The Sun, the group seems to have expanded past the website and has new aims. In the email, the group says: “A project of our like-minded people from Europe under the name ‘Knife International’ starts.

“At the moment, the project will be based in five cities, these are Warsaw (Poland), Ostrava (Czech Republic), Berlin (Germany), Kharkov (Ukraine) and Arnhem (Netherlands) with further expansion throughout most of Europe.

“The main activity of the organisation will be the regulation of LGBT activism in Europe.”

Svetlana also revealed that she had been subjected to death threats from the activists, saying: “In the emails, they say things like ‘you will be next.’

“The people behind these threats try to claim they have the support of the government. ‘We are the power and you will be next’, is the kind of language they use.”

LGBTQ+ activist Peter Tatchell claimed to The Sun that Russia allowed vigilante groups like this to go unchecked, saying: “The Putin regime allows them to happen. It relies on homophobic nationalist extremists for some of its electoral support, so it does not want to alienate them.

“The Russian state sees these extremists as a useful way to intimidate the LGBT+ community, while keeping its own hands clean.”

Earlier this year, a study conducted by the independent Levada Center on how Russians view people who deviate “from socially accepted norms” found that nearly one in five Russians would advocate “eliminating” the LGBTQ community.

Despite the worrying number, this is actually a fall from when the poll was last done in 2015. Back then, 21% of Russians were in favour of elimination. Similarly, the amount of Russians who felt that LGBTQ community should be “isolated from society” has fallen from 37% to 32%.

A study done last year, found that most Russians (56%) still have negative opinions on the LGBTQ community, and 31% would stop talking to a friend if they were LGBTQ.