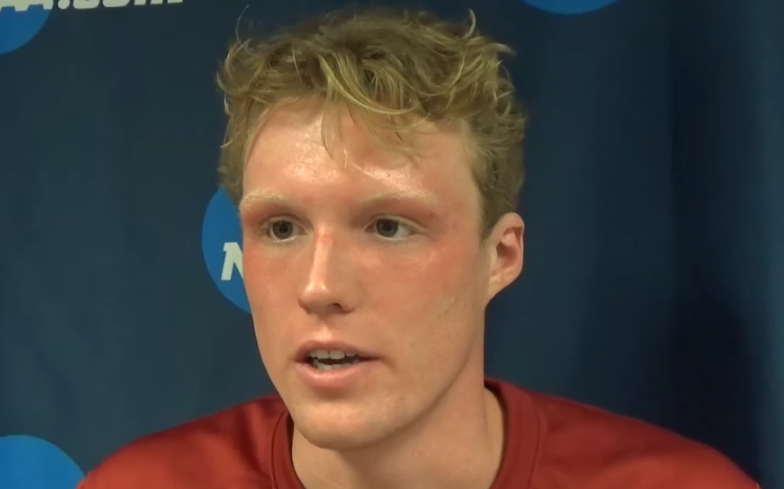 The swimmer said that coming out was “really tough” as he feared what his team mates’ reactions would be.

U.S. swimmer Abrahm DeVine has come out as gay in an interview with Swimming World Magazine. In the interview he opened up about being nervous on how his team mates would react, and the lack of openly gay athletes at the top.

“I’m a gay athlete,” he told Swimming World. “There aren’t too many of us, so when I came out to my college team, that was a really tough time for me.”

DeVine then admitted that his worries were unfounded, as he got nothing but support from his team mates.

He said: “I remember that being a pretty emotional time, and just feeling my whole team wrap around me and feeling that love in a place where I hadn’t really felt it, that was definitely pretty special for me.

“Just seeing them kind of prove me wrong was definitely special, something I’ll never forget.”

He also spoke about a friend who he had come out to before telling his team. Of his friend, DeVine said: “He did a lot for me and was really there for me as a friend.”

DeVine added: “Growing up gay in any sport is definitely tough. There’s a culture that is created in a lot of sports where being gay is an insult.

“It’s something that gets tossed around and makes you not want to go to practice or not want to hang out with the team or be a part of the team.”