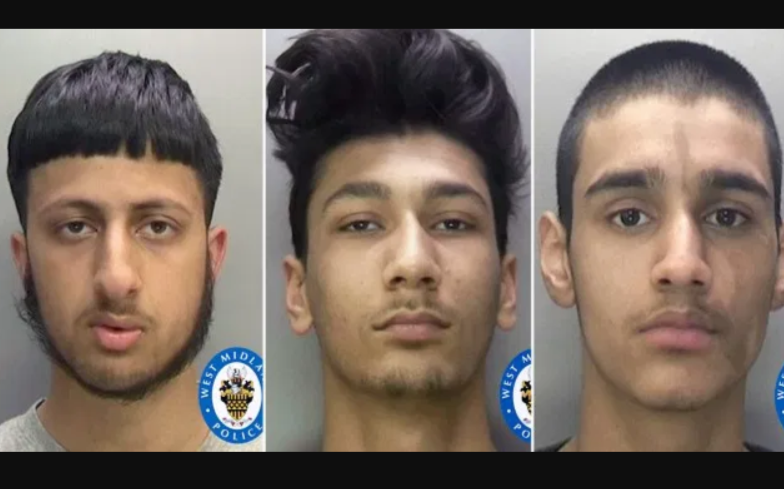 The attacks took place from 5 January to 15 March.

Three teens in Birmingham have all been jailed for over ten years, after a series of “humiliating” attacks on gay men. The teens targeted their victims by using the dating app, Grindr.

Mohammed Sohail Khan, Qaasim Ahmed, Muhammad Umar, all aged 18, created fake profiles and lured at least four gay men to Bordesley Green. They would then force their victims into a wasteland, where they would tie them up, rob them and humiliate them.

On two occasions, a victim was urinated on, while another victim was gagged with socks and forced to walk through dog excrement. One victim’s ordeal lasted for two hours, as one of the gang stabbed his jacket repeatedly with a screwdriver, and threatened to stab him in the eye.

This victim was also urinated on, spat at and had his trousers forced down by the gang, who took pictures of his genitals, in a way to demean him.

Muhammad Umar was arrested after his DNA was linked to the spit, the other two teens were arrested by police on 30 March. Items recovered at their homes linked them to the attacks, as well as blood on the jacket of Qaasim Ahmed.

The trio were charged with conspiracy to rob, conspiracy to falsely imprison and conspiracy to burgle. Khan and Umar had plead guilty to these charges, and the court found Ahmed guilty of them as well by a jury.

Ahmed’s trial lasted for 13 days, and the gang were all jailed for a combined 37 years. Ahmed and Khan were both jailed for 13 years and four months, while Umar was jailed for 11 years and three months.

Birmingham Live reports Detective Chief Inspector Ian Ingram saying: “This was a calculated series of robberies with Khan, Ahmad and Umar deliberately targeting gay men via the dating app Grindr, because they believed they were vulnerable, easy targets.

“My team gathered compelling evidence against the trio – who in police interview showed no remorse for what they had done, and seemingly had no grasp of the trauma they had subjected their victim to.

“I know it took the four victims in this case a huge amount of bravery and courage to come forward and support the criminal justice process through to trial – and I commend them for doing so.”

However, he added that believed the gang had carried out more attacks, and that not every victim had come forward.

One victim impact statement read to the court said: “Since my attack the impact of what happened has taken many forms, first was the shock of being knocked to the ground, then the terror of being bound and threatened with being stabbed.

“As the punches hit my head and face I was expecting to be stabbed at any moment, it felt like hours as I was forced to lay face down in the dirt with my hands and legs bound not knowing if I would ever see my family again.”