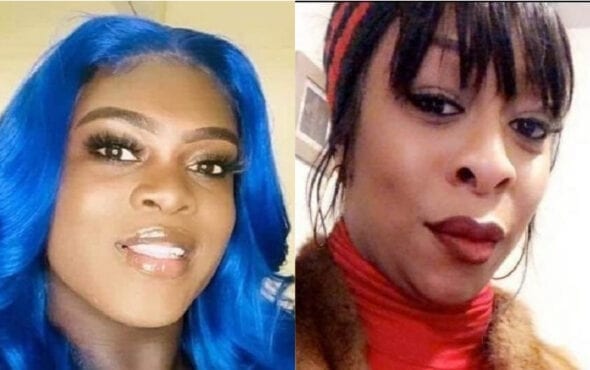 Three more Black trans women have been murdered in the United States in the past week: Dior H. Ova, also referred to as Tiffany Harris (not pictured), Queasha D. Hardy (left) and Aja Raquell Rhone-Spears (right). Their deaths are believed to be the 24th, 25th and 26th murders of trans or gender non-conforming people in the United States in 2020.

In the early hours of 26 July, Dior H. Ova was stabbed to death in the Bronx, New York. She was identified by the Princess Janae Place, an organisation supporting homeless LGBTQ+ adults in the tri-state area.

Some reports refer to Dior with the name of Tiffany Harris, however, social media accounts for the victim carry the name of Dior.

Her body was discovered shortly after 1:30 am, in the third floor hallway at 2575 Jerome Avenue. She was transferred to Saint Barnabas Hospital, but was pronounced dead after 2:20 am.

Police have said they are searching for a man who is believed to have been in a relationship with her. He was described as wearing a white t-shirt and and dark trousers.

In a statement, Tori Cooper, the HRC Director of Community Engagement for the Transgender Justice Initiative, said: “Who else? Who else has to die before this country stands up and demands that we put an end to this epidemic of violence against transgender and gender non-conforming people, and especially Black trans women like Dior Ova.

“We are experiencing an epidemic of violence against transgender and gender non-conforming people like we have never seen before. Every single one of the at least 25 victims, including Ova, is a human being who had their lives stolen from them because of a mix of toxic masculinity, misogyny, racism and transphobia.

“As we mourn the loss of yet another Black transgender woman, we must continue to call for it to end.”

Her Facebook said she enjoyed watching TV dramas like Desperate Housewives and Sex and the City. She also loved fashion and listed her occupation as a personal shopper.

People with information are urged to submit tips to the police by calling Crime Stoppers at 1-800-577-TIPS (8477), visiting www.nypdcrimestoppers.com, downloading the NYPD Crime Stoppers mobile app, or texting 274637 (CRIMES) then entering TIP577. Spanish-speaking callers are asked to dial 1-888-57-PISTA (74782).

Then, on Monday (27 July), Queasha D. Hardy, aged 24, was shot to death in Baton Rogue, Louisiana. Her body was discovered shortly after 1 pm, in the 1700 block of North Harco Drive, and she died at the scene.

Friends mourning her murder on Facebook said she was a talented hairstylist, with one even having an appointment at her salon on the day of the murder. She was described by friends as “always smiling”, “the life of all parties” and “truly one of a kind.”

In a statement, Tori Cooper said: “For at least the 25th time this year, we have lost a beloved member of the transgender and gender non-conforming community.

“Words cannot describe the devastation felt by every person affected by this epidemic of violence. The transgender and gender non-conforming community and our loved ones are all screaming for justice and an end to this violence.

“We are living in an epidemic of widespread violence. In Black trans communities, we all are connected in some way to those who’ve been killed. Baton Rouge lost a beloved and respected member of the community.

“Queasha D Hardy was so beloved — and she will be so missed.” And on Tuesday (28 July), Aja Raquell Rhone-Spears, aged 34, was stabbed to death in Portland, Oregan, at a vigil held for Tyrell Penney, a man shot to death in Sacramento, Califronia. Aja was also known as Rocky Rhones.

Rhones was attending a vigil held for Tyrell near the 15800 block of Southeast Division which later moved to a home in the 100 block of Northeast 92nd Place. According to police, there was a “large disturbance occurred involving multiple participants” and during the altercation, Rhones was stabbed. She was declared dead at the scene.

Despite there being a large number of witnesses, police “encountered hostility and a lack of cooperation” while investigating at the scene.

Friends say that her death is a “great loss” and encouraged people to support her family during this time.

Related: How to be a trans ally: tips to help you be the best advocate you can be