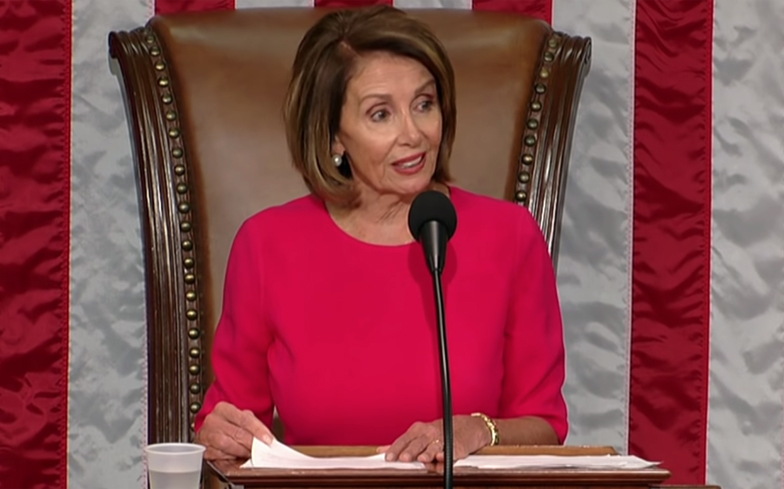 Earlier this week, Tr*mp confirmed he was allowing healthcare workers the right to refuse services that go against their religious beliefs.

Speaker of the House of Representatives, Nancy Pelosi has hit out at the Tr*ump administration after it allowed healthcare workers to refuse certain treatments, like abortion or gender reassignment, if it went against their religious beliefs.

The new rule, which went into effect on May 2, says: “You have the right under Federal law to decline to perform, assist in the performance of, refer for, undergo, or pay for certain health care‐related treatments, research, or services  (such as abortion or assisted suicide, among others) that violate your conscience, religious beliefs, or moral convictions.”

The new rules were criticised by LGBTQ organisations. Terra Russell-Slavin, the Director of Policy and Community Building for the Los Angeles LGBT Center called the move a “transparent and cynical ploy.”

“Once again, this Administration has chosen to put crass political pandering to right-wing ideologues above the health and safety of our community,” she added. “It is a clear violation of civil rights laws, medical ethics, and basic human values.” The National Center for Transgender Equality issued a statement, saying: “The Trump-Pence admin just opened the door to more health care providers denying transition-related care, all while claiming that they lack evidence that religious bigotry harms LGBTQ people and other minorities.

And now long-term LGBTQ ally Nancy Pelosi has issued a statement condemning the new rules. “These bigoted rules are immoral, deeply discriminatory and downright deadly, greenlighting open discrimination in health care against LGTBQ Americans and directly threatening the well-being of millions,” she said.

“Make no mistake: this is an open license to discriminate against Americans who already face serious, systemic discrimination. Since Day One, this Administration has waged a cruel campaign of intolerance and discrimination targeting the civil rights of our most vulnerable communities.

“House Democrats fully, flatly reject these attacks on LGBTQ Americans and on the rights of all Americans to get the health care they need and will fight these hateful actions.”

Related: Nancy Pelosi rips into Trump at GLAAD Gala, and it’s a must watch