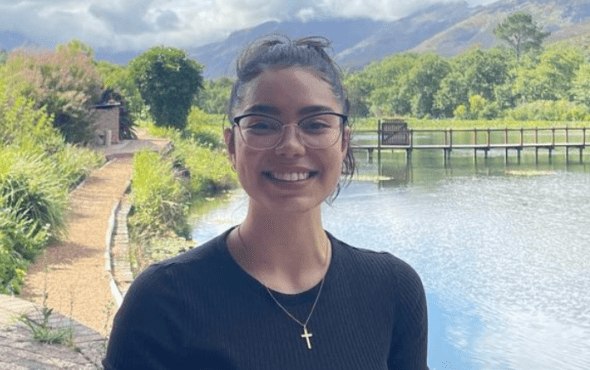 Speaking on the oppressive ‘Don’t Say Gay’ law, Cravalho called for companies, including Disney, to “take a step forward”.

The anti-LGBTQ+ legislation, which is formally titled the Parental Rights in Education Bill, was created to restrict “classroom discussion about sexual orientation or gender identity” in primary schools.

Cravalho, a voice actress in Disney’s Moana, stressed the importance of leading companies to “listen” and to “be on the right side of history”.

“Instead of trying to play the safe role and take a step back, take a step forward,” she told IndieWire.

“Step up. Step up and say what’s right and what’s wrong. And say ‘gay’ for god’s sakes, people are gay. People are gay. If you didn’t know by now, now you know.”

Cravalho came out as bisexual in 2019 over social media. The actress is known for her roles in Moana, Hulu’s LGBTQ+ rom-com Crush and the Disney film Ralph Breaks The Internet.

In recent weeks, Disney has been facing regular backlash for their failure to condemn the ‘Don’t Say Gay’ bill.

On 15 March, Marvel Entertainment, which is owned by The Walt Disney Company, issued a statement that showed support for the LGBTQ+ community.

The superhero franchise stated they “strongly denounce” any legislation which “infringes on the basic human rights of the LGBTQIA+ community.”

A month later (2 April), Marvel Studio’s Victoria Alonso called for a “stand” to be taken against “crazy outdated laws”.

In light of Disney’s continued criticism, April, Charlee Corra Disney, an heir to the Disney name, publicly come out as transgender and condemned the highly controversial ‘Don’t Say Gay’ law.

Disney opened up about their identity days after the Disney family pledged half a million dollars to the Human Rights Campaign, which is America’s largest LGBTQ+ advocacy group.

Charlee, who uses they/them pronouns, said: “I feel like I don’t do very much to help. I don’t call senators or take action. I felt like I could be doing more.”

According to the HRC, more than 300 anti-LGBTQ+ bills are currently being put forward across the United States – some of which are similar to Florida’s ‘Don’t Say Gay’ legislation.